The Watches of Switzerland Group embarks on new US expansion 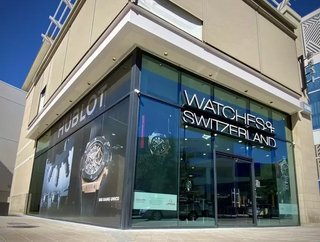 The Watches of Switzerland Group is announcing its largest US expansion since its entry in the country in 2017.

The group has acquired marquis properties held by three of the country's leading timepiece retailers, including Ben Bridge at the renowned Mall of America outside Minneapolis-St.Paul, Timeless Luxury Watches north of Dallas in Plano Texas, and the Betteridge boutiques in Greenwich, Connecticut, Vail and Aspen, Colorado.

Each location offers "exceptional opportunities" for expanded growth, along with a valuable influx of existing watch clientele.

Ben Bridge and Timeless locations will be converted to Watches of Switzerland boutiques, while the Betteridge locations in Greenwich, Vail and Aspen will continue to operate under the current name for the immediate future (the Palm Beach Betteridge boutique remains under the family's control).

The Betteridge, Greenwich CT location will become the largest square footage boutique in The Group's North American portfolio. As The Group looks to become stewards of the multi-generational Betteridge family business, Terry Betteridge will take on an advisory role in conjunction with the three acquired locations.

"After three years of strong foundational growth in the US market, these acquisitions and new openings are directly in-line with the projections we forecasted in our Long Range Plan," said Brian Duffy, CEO of Watches of Switzerland Group. "Through focused investment on new projects and acquisitions, we continue our geographical diversification in order to solidify our position as the preeminent leader in the US market."

The global luxury watch market is expected to increase by US$1.78 billion during 2020-2025, according to Technavio.