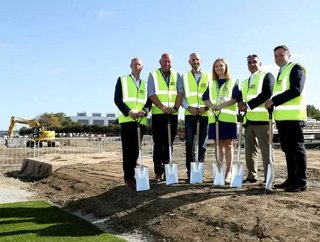 CyrusOne has broken ground for its first data centre campus in Dublin, Ireland. The facility’s phase one will open to customers in Q4 2020 with a tota...

CyrusOne has broken ground for its first data centre campus in Dublin, Ireland. The facility’s phase one will open to customers in Q4 2020 with a total power of 74MW when complete.

Tesh Durvasula, CyrusOne’s President - Europe, hosted an event this week to mark the beginning of construction for its new Dublin I data centre site. It showcased the work CyrusOne is undertaking for the development of Dublin I, as well as partnering with Ireland’s most experienced data construction teams and the company’s extensive efforts to ensure a sustainable build and to preserve local wildlife.

Upon completion, the Dublin I campus will comprise three separate two-story buildings, offering 360,000 square feet of data centre space in one of Europe’s most coveted locations. The site is the largest colocation data centre currently under construction in Ireland. The build will follow CyrusOne’s Massively Modular approach, designed to reduce the time, complexity and cost associated with major data center builds, increasing project efficiency.

The facility will be among the first CyrusOne data centres in Europe to deploy closed loop chilled-water cooling. This highly efficient system uses an air-cooled chiller technology with an integrated compressor and condenser that cools the closed loop of water, dramatically reducing water consumption during the cooling process.

Flexential drives digital transformation through a robust and holistic data

“Ireland is an incredibly attractive place to do business, and Dublin in particular has established itself as one of the world’s thriving tech hubs,” said CyrusOne’s President - Europe, Durvasula. “The level of demand for spaces from enterprise customers has been great, even in these early stages of construction.

“We’ve made a clear commitment to expansion in Europe and building our presence in Dublin sits at the centre of this strategy. Our modular approach, which enables us to build data centers quickly and efficiently, is perfectly suited to such a vibrant market where demand is expected to accelerate over time,” he concluded.