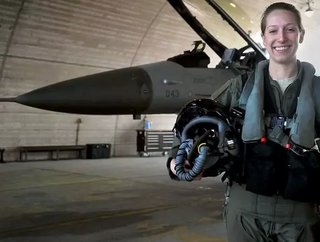 Jacobshas been selected by the US Army Corps of Engineers to provide architecture and engineering design for the Korea Air Operations and Intelligence C...

Jacobs has been selected by the US Army Corps of Engineers to provide architecture and engineering design for the Korea Air Operations and Intelligence Center (KAOIC).

One of the largest projects currently part of the US Military Construction and Host Nation Funding Program, the KAOIC will oversee air operations and distributed common ground station weapon systems supporting the U.S. Forces Korea and the US and Korea Combined Forces Command in defence of the Korean peninsula.

The approximate 1 million-gross-square-foot facility incorporates protective threat-based design, which will include multiple secure as well as non-secure work areas, and redundant systems. US Army Corps of Engineers estimates construction cost for this secure facility to be approximately $605mn.

"In addition to expanding our global secure buildings portfolio, this win also strengthens our position supporting the US Defence and Intelligence programs in the Asia Pacific region."

"The Republic of Korea-U.S. Alliance is ironclad, and our Airpower capabilities have had a long history of deterring aggression on the Korean Peninsula," said Lt. Gen Ken Wilsbach, 7th Air Force commander. "This project demonstrates an everlasting commitment to preserving the terms of Armistice, promoting democracy, and providing security to the Republic of Korea and Northeast Asia."

At Jacobs, we're challenging today to reinvent tomorrow by solving the world's most critical problems for thriving cities, resilient environments, mission-critical outcomes, operational advancement, scientific discovery and cutting-edge manufacturing, turning abstract ideas into realities that transform the world for good. With $13bn in revenue and a talent force of approximately 52,000, Jacobs provides a full spectrum of professional services including consulting, technical, scientific and project delivery for the government and private sector.