Whinstone US begins construction on 1GW bitcoin mine 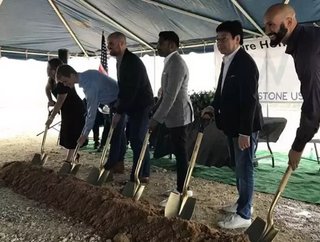 Whinstone US, the Texas-based data centre developer, has begun construction on what is reported to be the “world’s largest bitcoin mine” in Rockda...

Whinstone US, the Texas-based data centre developer, has begun construction on what is reported to be the “world’s largest bitcoin mine” in Rockdale - at the heart of the San Antonio-Houston-Dallas triangle.

The initial phase will see construction of a 180,000 square foot data centre facility, at a cost of $150mn, which will employ around 75 workers. Three further phases are planned to boost the site to one million square feet offering 200 jobs. Its first phase is anticipated to use 300 megawatts of power on the way to an eventual gigawatt (1,000 megawatts) late next year.

“This is the beginning,” said Dr John M. Weed, president of the Rockdale Municipal Development District Board, speaking at the ground-breaking ceremony “We are going to see more and more development.”

Whinstone US is partnering with Japanese high-tech giant GMO Inc. GMO is engaged in the internet infrastructure business, and also runs other businesses, including online advertising and media, internet financial services, mobile entertainment, and cryptocurrency. It is a market leader for domain names and web hosting services in Japan.

Whinstone US has recently merged with German firm Northern Bitcoin, which runs a mine in Norway based on hydropower. The deal valued Whinstone at around €180mn. Whinstone’s co-founder Aroosh Thillainathan has said the deal may “shape the future course of the global mining industry”.

“With this merger, we are catapulting ourselves faster than originally planned to the top of the world in Bitcoin mining. Whinstone’s team has done a great job over the past few years and is proving its leadership in the blockchain industry by building the world’s largest mining facility,” said Mathis Schultz, CEO of Northern Bitcoin AG.

The mining of bitcoins requires computers to solve complex mathematical problems via a “brute force” method of making random guesses. The chance of solving such a problem at the first attempt is around 13 trillion to one and therefore the process requires a huge level of computer power.