Alstom, ACCIONA and Gulermak are to extend the Metro Red line in Dubai 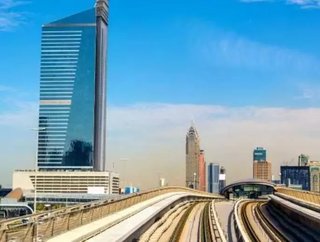 The Alstom-led consortium Expolink, also composed of ACCIONA and Gulermak, has signed a contract with Roads &amp; Transport Authority (RTA) to design an...

The Alstom-led consortium Expolink, also composed of ACCIONA and Gulermak, has signed a contract with Roads & Transport Authority (RTA) to design and build the extension of Dubai’s Red metro line and upgrade the system of the existing line. The total value of the project, also called Route 2020, is €2.6 billion.

Alstom's share represents half and the civil works, led by ACCIONA including Gulermak, represent the other half. The extended line, which will connect the city to the Expo 2020 site, is expected to start commercial service in 2020 for the World Expo.

The signature of the contract follows the announcement made by HE Mattar Al Tayer, Director General and Chairman of the Board of Executive Directors of the RTA at a press conference that was held in Dubai on June 29, 2016. The event was also attended by the three Chairmen of the companies forming the Expolink Consortium: Henri Poupart-Lafarge, Chairman and CEO ofAlstom, José Manuel Entrecanales, Chairman of ACCIONA and Kemal Guleryuz, Chairman of Gulermak.

The project involves the construction of a 15-kilometre-long line – of which 11.8 kilometers of elevated metro line and 3.2 kilometers underground metro line - branching off the existing red line at the Nakheel Harbour & Tower station.

The metro extension will have seven stations, including an interchange at Nakheel Harbour and an iconic metro station at the World Expo site. The highly-complex project will include a 3.2 km tunnel perforated by a tunnel boring machine, 1.2 km of open-cut route and 11.8 km of elevated viaduct metro line.

The Metropolis trainsets for Dubai are 88 meters long and composed of five cars per trainset. They will be able to carry up to 700 passengers each. The train offers an excellent level of passenger experience, thanks to wide gangways, large doors and windows, three specific areas for Silver, Family and Gold Classes. Eco-friendly, the train is equipped with a full electrical braking system, LED lighting and other innovations to reduce energy consumption.