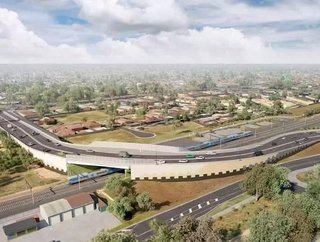 Major road and rail upgrades in Melbourne’s west are powering ahead, as construction starts on a new road bridge to remove a dangerous and congested l...

Major road and rail upgrades in Melbourne’s west are powering ahead, as construction starts on a new road bridge to remove a dangerous and congested level crossing in Werribee.

The project will be delivered by an alliance of McConnell Dowell, Arup, Mott MacDonald and Metro Trains Melbourne, which has already removed three level crossings across Melbourne and is also currently building a new stabling yard at Wyndham Vale.

Minister for Transport Infrastructure Jacinta Allan and Member for Werribee Tim Pallas have visited the Cherry Street level crossing project worksite to inspect early works and announce the AUS$113.8 million ($76mn) contract to build a new bridge over the Werribee line between Tarneit Road and the Princes Highway.

Due for completion in 2022, the project will slash travel times for drivers and build better, safer connections for pedestrians and cyclists. The area will also benefit from a new pedestrian underpass, landscaping and a shared-use path on the south side of the rail line.

Allan commented:“Whether it’s the removal of dangerous level crossings or upgrades to major roads, we’re not wasting a minute investing in projects that are essential to keep people across the West moving. The Cherry Street level crossing can cause delays of up to 38 minutes in the two-hour morning peak, so removing these boom gates will mean less frustration and better travel times for drivers.”

In another boost for commuters, a gravel area will be transformed to accommodate 130 new car parking spaces – with improved safety features like better lighting and CCTV, thanks to the Andrews Labor Government’s Car Parks for Commuters Fund.

Werribee is also set to lose two more dangerous and congested level crossings, with the Old Geelong Road and Werribee Street crossings to be removed by 2022.

Meanwhile, work is progressing on the $1.8 billion Western Roads Upgrade, set for completion in 2021 – improving traffic flow across vital roads in Melbourne’s growing western suburbs to complement the rail works.

Early work has begun on the Duncans Road Interchange to reduce congestion for the 11,000 drivers that pass through every day and improve access for people travelling from Geelong and the community in Werribee South.

The new bridge over the Werribee Line is part of Victoria’s Big Build, which involves 119 major road and rail projects across the Australian state, with a combined value of AU$70bn.