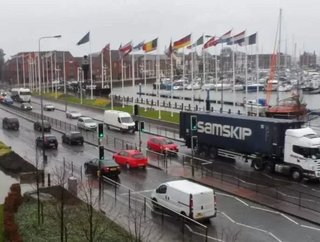 Balfour Beatty has been awarded the £75 million A63 Castle Street Hull improvement scheme for the Highways Agency under an Early Contractor Involvement (ECI) design and build contract.

The 1.5 kilometre scheme in the centre of Hull will improve journey times for road users through conversion of a major interchange into a split level junction with a two-lane dual carriageway carrying east-west traffic below north-south traffic in a new 400 metre underpass.

The scheme will also include two new bridges which will link the south and north of the city for pedestrians, cyclists and disabled users.

Under the ECI contract, Balfour Beatty will manage detailed design and development and assist with statutory consultations for the improvements which, if successful, will enable it to begin construction in 2016/17.

The ECI form of contract has been used on several occasions by the Highways Agency to enhance the value for money of its schemes through start to finish responsibility for contractors, allowing for continuous engagement with local communities and earlier resolution of environmental and design issues when compared to traditional contracts.

Nicholas Pollard, Balfour Beatty Construction Services UK Chief Executive Officer said:
“This award to improve journey times on the main route through Hull builds upon our 20 year portfolio of work for the Highways Agency and our extensive experience of successful delivery of ECI contracts including the recent A3 Hindhead Tunnel and A46 Newark to Widmerpool projects through which we were able to deliver substantial cost efficiencies to the Highways Agency.”