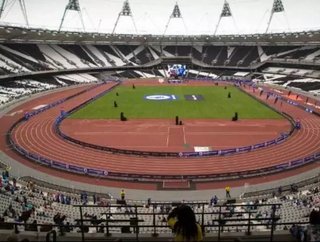 The works, which began in January 2014 on behalf of the London Legacy Development Corporation (LLDC), have contributed significantly to the regeneration of the Olympic stadium, allowing West Ham United FC to start using the multi-purpose venue in August.

Sustainable measures included the reuse of over 6,000m of cable, 3,800 lights and 1,000 mechanical and electrical components as well as the use of 19,000 tonnes of recycled demolition material.

Works included the installation of the world’s heaviest anti-gravity roof which is twice the size of the original and the iconic lighting towers which have been reintegrated within the stadium.

At its peak, the project employed over 1700 people on site, culminating in 3.4 million man hours worked.

Boosting the local economy through the use of local businesses in the local supply chain and local employment was a priority for Balfour Beatty. In line with the company’s commitment to the 5 percent club, Balfour Beatty has also created 50 local apprenticeships in a range of trades as well as 10 work placements and over 300 training opportunities.

Stephen Tarr, Managing Director of Balfour Beatty’s Major Projects business said, “From the very beginning we were focused on continuing the legacy of this historic venue, transforming it from its original use of a single-purpose venue to a multi-functional world class venue providing numerous opportunities and uses for generations to come.

“We have utilised some of the most complex engineering techniques on this project, capitalising on our in-house capabilities and expertise to ensure the project was delivered safely to a high specification whilst boosting the local economy through employment opportunities; it’s a project we are all immensely proud of.”