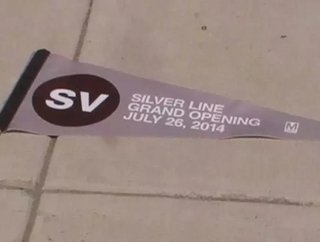 Tens of thousands of people in the Washington, D.C. region are now travelling on the newest rail line built by a Bechtel-led team after Phase 1 of the D...

Tens of thousands of people in the Washington, D.C. region are now travelling on the newest rail line built by a Bechtel-led team after Phase 1 of the Dulles Corridor Metrorail Project, also known as the Silver Line, consisting of 11.7 miles of track and five stations, connecting to the region’s existing metro system, opened to the public July 26.

The design-build agreement was worth $1.6bn.

Peter Dawson, President of Bechtel’s global civil infrastructure business, said: “To build a project of this scale safely in such a busy urban environment is a testament to the dedication and skills of everyone involved. Collaboration with our customer, local businesses, and the community has been integral to the project’s success and we thank them for their support.”

Bechtel-led Dulles Transit Partners is the design-build contractor for Phase 1 of the Silver Line for the Metropolitan Washington Airports Authority. One of the largest and most complex rail construction projects in the United States in recent memory, the rail line includes six miles of elevated track and a tunnel beneath one of the busiest retail areas in the country.

Riders can expect an enhanced passenger experience as a result of state-of-the-art technologies, and innovative design and construction.
Bechtel has delivered some of the largest rail projects in the world, including the San Francisco Bay Area Rapid Transit system, Athens Metro in Greece, and High Speed 1 in the United Kingdom. It is currently working on Crossrail in London, the Riyadh Metro, and the Rio de Janeiro Metro.