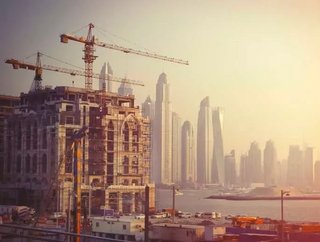 Construction projects across the GCC reached AED 117.44bn ($32bn) so far in 2017, with the value only expected to grow even further. A report from BNC...

Construction projects across the GCC reached AED 117.44bn ($32bn) so far in 2017, with the value only expected to grow even further.

A report from BNC, a construction intelligence agency with specific focus on the Middle East & North African regions, has revealed that as many as 801 construction projects currently in the tender stage are valued at $32bn across the GCC.

By the end of the year, that figure is only expected to grow, with the report forecasting that figure to rise to $50.9bn.

The figure is actually lower than some of the peaks that have been seen in previous years, but still stands as a testament to the importance and growing focus on infrastructure and construction in regions such as Dubai, particularly with the World Expo 2020 nearing closer and closer.

BNC also reports that there could be an increase of 29% in the value of construction contracts, reaching $65.6 billion 2018 followed by another one per cent growth to reach $66 billion in 2019.

Urban construction contracts represent around 80% of all contracts awarded for all sectors in in the GCC.

“Events like Dubai Expo 2020 along with stabilisation of the oil price and the drive of the various GCC countries to achieve economic diversification and increase in the living standards will play a vital role in the construction industry contract awards,” Avin Gidwani, chief executive officer of BNC Network, said.