Infrastructure development in Indonesia is underway 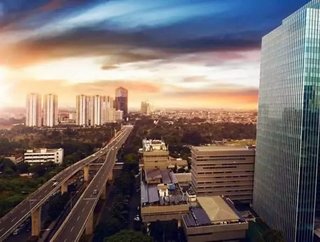 Furher to Japanese consortium Hanshin Electric Railway, Keikyu Corp and Nishi-Nippon Railroad, led by Mitsubishi Corp, who are investing in the developm...

Furher to Japanese consortium Hanshin Electric Railway, Keikyu Corp and Nishi-Nippon Railroad, led by Mitsubishi Corp, who are investing in the development in Indonesia, the Japan Bank for International Corporation (JBIC) has recently announced that it will be committing $3.7 billion to Southeast Asia’s economy in the strengthening of new and existing infrastructures to ensure economic growth throughout the country.

The consortium and Sinar Mas Land will be constructing over a thousand new residential units to cater for the current population and predicted increase, incorporating a variety of commercial builds in the development of the Jakarta metropolitan area. Developments are planned around South Tangerang and construction of new transport links.

Due to commerce in 2017, the project will provide an increased boost to the local economy and population which is currently decreasing, The projects will increase numbers and drive employment into the area.

In turn with the construction of new complexes, the consortium will in turn develop new and existing infrastructures to support this predicted population increase in the development of transportation networks, both road and rail.

The JBIC will be behind the funding of other infrastructure projects in the region. JBIC CEO Tadashi Maeda said to the Jakarta Post, “The [source of] funding for [Indonesian] infrastructure development has shifted from government bonds to the PPP scheme or funding without government guarantee.” Further projects in the pipeline are several power plants situated throughout Indonesia to provide sufficient power to drive the country forward.