Largest underground network to be built in Kuala Lumpur 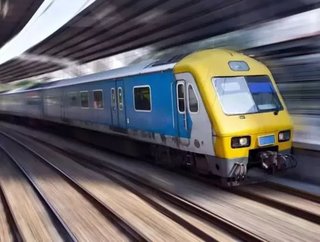 Similar to Montreal’s underground network, China Railway Group Ltd (CREC) will be constructing the largest underground city within Malaysia, named the Bandar Malaysia, which will be developed approximately 7km from the main city centre, southwest of Kuala Lumpur at the disused Sungai Besi Airport and become integral to China’s Pan Asia Rail network.

The high-speed rail network will enable local citizens and visitors to access over seven countries and become a modern ‘Silk Road’ built for the future.

Prime Minister of Malaysia Dato Seri Najib said, “Bandar Malaysia will serve as Malaysia’s gateway to the world through the High Speed Rail to Singapore with direct links to Kuala Lumpur International Airport and Changi Airport, and the proposed Pan Asean Rail Transit to Bangkok and beyond”, boosting local economy and trade.

Developer Iskandar Waterfront Holdings and award winning UK Architect Broadway Malyan have also been selected to undertake the project in collaboration with , China Railway Group. The project is aimed to complete over the next 20 years, at which CREC and Iskander Waterfront Holdings have “acquired 60 percent of the equity in the Bandar Malaysia Project from 1MDB Real Estate for RM 7.41 billion”.

The Bandar Malaysia project team have visited Montreal to study their current rail network and infrastructure system to ensure their works will embed essential features.

The construction will be the centre of other transportation routes, such as buses. The project will not only incorporate strong links, but will include an indoor theme park, shopping mall, indoor gardens and canals, in addition to landscaped gardens. CREC have also invested $2 billion in order to construct their Regional Centre at the site.