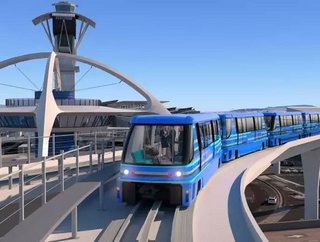 Bombardier will lead much of the work awarded by LAX Integrated Express Solutions (LINXS), which is split into two joint ventures: one for the design-build portion and one for the operations and maintenance portion.

This means that the Canadian firm will have installed such automated people mover (APM) systems in nine out of the 10 busiest airports in the US.

LA has the fifth busiest airport in the world, and second busiest in the United States. The new APM system is one component of the airport’s Landside Access Modernization Program.

The system will run on a 3.6km elevated dual-lane guideway and will serve six newly-built stations, creating connections between the airport, public and private transportation, and a new car rental facility.

Bombardier will design and build 44 of its driverless Innovia APM 300 vehicles which will operate on the monorail. It will also supply signalling and communications solutions and has agreed to run and maintain the system for 25 years.

Benoit Brossoit, President, Americas Region, Bombardier Transportation, commented: “We are proud to be a member of the LINXS team and to partner with Los Angeles International Airport in bringing a new mobility option to the traveling public.

“With this contract, nine of the 10 busiest airports in the United States have chosen Bombardier for their automated transit systems. We are confident that we will deliver Los Angeles a modern and dependable APM system worthy of a world-class airport.”