New road and rail causeway will be built, linking Saudi Arabia and Bahrain 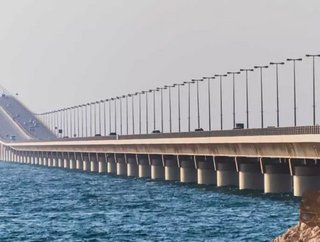 Costing $5 billion to construct, the new road and rail causeway will reduce congestion on the King Fahd causeway and provide long-term advantages to com...

Costing $5 billion to construct, the new road and rail causeway will reduce congestion on the King Fahd causeway and provide long-term advantages to commuters

With negotiations occurring over the last year, the new road and rail causeway is set to be underway, connecting Saudi Arabia and Bahrain. Studies were carried out at the end of the last year to ensure the safety and feasibility of the construction workers, of which will be funded through a private public partnership model (PPP), costing around $5 billion.

The new causeway will sit beside the existing causeway and reduce congestion through the two regions, and will be utilised by both freight trains and vehicles.

Named the King Hamad Causeway, the project will take approximately four years, and has been warmly received by both locals and businesses, who believe the new causeway will provide an economic boost and provide relief to increased volumes of traffic. It is expected that by 2030, the volume of traffic will have doubled, highlighting the need for the new causeway to be constructed, connecting the two regions.

Additionally, a new 70km railway will link a passenger terminal in Salmabad and freight facilities in Bahrain with the Saudi railway, according to Reuters, improving both trade and commuter transportation.