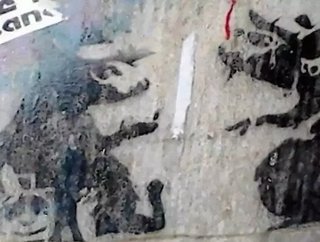 With the rise of the property boom and construction works within Melbourne, further works by Banksy have been demolished, leaving only 5 pieces of origi...

With the rise of the property boom and construction works within Melbourne, further works by Banksy have been demolished, leaving only 5 pieces of original artwork standing.

The large stencils of rats, created by Banksy in 2003 and situated off Flinders Lane, have recently been demolished as a result of construction workers installing a new door on ACDC Lane.

A spokeswoman from the City of Melbourne told Fairfax Media that the city tries to “preserve legal street art murals where possible” but “the very nature of street art is that it is temporary, ephemeral and forever changing”. Since 2010, construction workers have been notorious for demolishing Banksy works.

Owner of street art tour company Melbournewalks.com Meyer Eidelson said to Fairfax Media that the demolished art had been “mindlessly loaded into a skip”. Many locals who are aware of the whereabouts of Banksy works often keep quiet to ensure the remaining works do not get destroyed by vandals, with Eidelson stating: “Melbourne is the street art capital of Australia and we see this art as vital to the city’s vibrancy”.