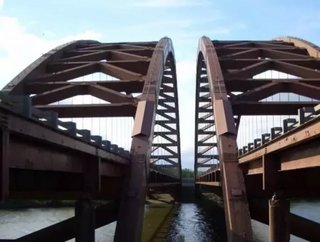 Skanska USA has been awarded a $250m contract by the New York State Department of Transportation to design and build the new Kosciuszko Bridge, a projec...

Skanska USA has been awarded a $250m contract by the New York State Department of Transportation to design and build the new Kosciuszko Bridge, a project with a total value of $555m.

The Stockholm-based multinational is leading a joint-venture with Kiewit and ECCO III Enterprises. Skanska’s share of the project is 45 percent. The lead designer will be HNTB of Kansas.

Skanska will design and build new eastbound structures for the Kosciuszko Bridge to carry the Brooklyn-Queens Expressway between Morgan Avenue in Brooklyn and the Long Island Expressway Interchange in Queens.

It will also perform the demolition of the existing bridge structures and buildings on acquired properties to clear the right-of-way for construction activities.

The project also includes the reconstruction and realignment of local at-grade streets impacted by new construction or demolition activities; relocation of existing utilities from impacted local streets; and construction of a new drainage system and sewer facilities to collect and discharge storm water runoff from the new bridge structure.

Construction has begun with substantial completion expected in early 2018.

Commenting on the project, New York State Department of Transportation Commissioner Joan McDonald said: "The ageing Kosciuszko Bridge carries more than 160,000 vehicles between Brooklyn and Queens each day and is essential to local and regional commerce...

“..This critical investment in our transportation infrastructure in New York City…will keep travellers safe for decades to come and will support environmental and quality of life improvements in the communities it serves."

The original Kosciuszko Bridge opened in 1939, and is named for a Polish general in the American Revolutionary War. It is more than 6,000 feet in length.