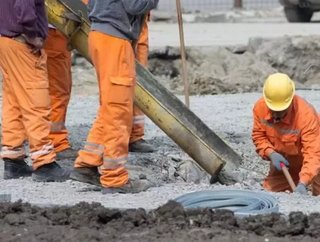 Australia has approved the sale of Leighton Holding&#39;s John Holland Group, one the country&#39;s biggest construction firms, to China Communications...

The A$1.15bn ($879m; £593m) deal was announced last year but was subject to regulatory approval. State-owned CCCC is the world's fourth-largest building company. Australia said it welcomed foreign investment "where it was not contrary to [the] national interest".

"Foreign investment has helped build Australia's economy and will continue to enhance the wellbeing of Australians by supporting economic growth and prosperity," Treasurer Joe Hockey said.

John Holland has a more than 60-year history of operations in Australia and employs more than 5,600 people across eight countries.

Its recent projects include railway-related developments in the states of New South Wales and Victoria, a prison in Melbourne and a billion-dollar children's hospital in Perth, among others.

China's CCCC, together with its wholly-owned China Communications Construction Company International (CCCI), the arm that will take over John Holland, has a presence in more than 80 countries.

In 2009, the World Bank announced it had debarred CCCC for fraudulent practices around a road project in the Philippines. It said the firm was ineligible to work on any road projects funded by the bank until 2017.

Noting this issue, Mr Hockey said "appropriate arrangements had been put in place to mitigate any concerns".

Evan Lucas, a market strategist with IG in Melbourne, said John Holland had been under financial pressure for several years and had been a source of angst for Leighton, which bought it in 2000.

Wednesday's decision was the right step for promoting foreign direct investment in Australia and proved that suitable places could still be found for foreign funds, he said.

"Supply of work has been below trend and the amount of operators has ramped up over this period, increasing the pressure."