Bring in the troops! Could armed forces save the construction sector from crisis? 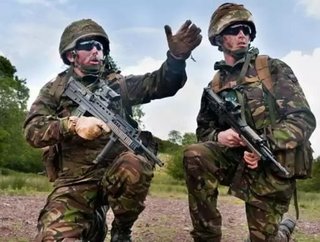 The construction industry is set to get a helping hand from returning military veterans, it has been revealed. Housing minister Brandon Lewis, said that...

The construction industry is set to get a helping hand from returning military veterans, it has been revealed. Housing minister Brandon Lewis, said that men and women who have served the country in the Armed Forces are well-equipped with the skills that the industry needs.

It arranges a number of recruitment events that allow people to seek a number of different employment opportunities in the construction sector.

Commenting on the findings, Steve Radley, director of policy at CITB, said: "BuildForce helps ex-servicemen and women take the skills they’ve learned in the forces into construction, where they can build the hundreds of thousands of new homes Britain needs.

"The project’s success lies in the strong partnership between industry and the military, which CITB is proud to fund and support. The construction sector needs over 200,000 talented new workers in the next five years, and there are rewarding careers available for people of every background and experience."

In 2008, the financial crash dealt a blow to the construction industry and resulted in the loss of a quarter of a million construction jobs.

Fast forward to the year 2015, and housebuilding levels are now more than double those seen in 2009 - thereby increasing the demand for skilled workers.

In a BuildForce recruitment event, Mr Lewis, said: "Our efforts have got Britain building with starts at their highest annual level for nearly six years, creating thousands of jobs across the country.

“The brave men and women in uniform who have served their country in our Armed Forces should be at the front of the queue for skilled construction careers when they return to Civvy Street.”