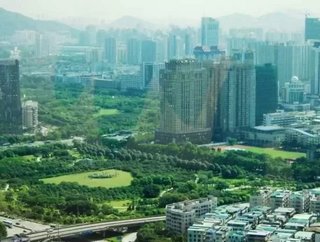 The UK construction organisation, Building Research Establishment (BRE), has signed an agreement with the Shenzhen Municipal Government to set up a trai...

The UK construction organisation, Building Research Establishment (BRE), has signed an agreement with the Shenzhen Municipal Government to set up a training and R&D centre in the growing city.

The new centre will deliver training on a national scale to other cities and promote its services including certifying buildings to green construction standards.

The deal marked the beginning of a trade mission led to China by British Business Secretary Vince Cable, which aims to secure contracts for UK firms worth millions of pounds. He is accompanied by more than 30 SMEs from several British towns and cities.

Rapidly growing Shenzhen, which has a population of 10 million, has been selected by the Chinese government to be a showcase city for a several new radical sustainability policies and reforms.

BRE China aims to certify over 1,000 buildings across China to its standards, which will generate £10 million income and potentially as much as £200 million of work for UK supply chain companies, according to government body UK Trade and Investment (UKTI).

Director of BRE China Jaya Skandamoorthy, said: “We are excited by the collaboration with the Shenzhen Government and supporting them to achieve their goal to be the greenest city in China. We hope our international standards, research and training programme will provide a platform for leading companies, British and Chinese, to collaborate on green products, technologies and buildings.”

Cable added: “The UK has a strong competitive edge in building modern and environmentally friendly cities, through our world-class expertise in architecture, consultancy, design, IT and engineering.

“The green construction market offers a wealth of opportunities for ambitious British firms and the companies in their supply chains wishing to export. I am in China to open doors for those companies and help to lay the groundwork for deals to be signed.”

During the seven-day visit, the Business Secretary and his accompaniment will visit Guangzhou, Beijing, Qingdao and Chonging.