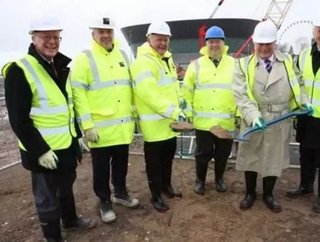 McCarthy-Wyper was hired by ISG CEO David Lawther in May 2013 from Balfour Beatty, replacing Craig Tatton, with the remit to streamline the company’s struggling UK construction division.

During his short tenure, McCarthy-Wyper was able to cut overheads by shrinking the division into three regions, however construction made a £1.2m operating loss this year following disappointing profits in 2013.

McCarthy Wyper’s exit follows that of Willmott Dixon Divisional Chief Executive of Capital Works, John Frankiewicz, who announced he was bringing a 30-year spell at the company to a close at the end of the year.

He will be replaced by John Waterman, who is currently Managing Director of the company’s regional Construction office in Cobham.

Frankiewicz will return as a Non-Executive Director in 2016 after year-long sabbatical from the industry.

Sir Robert McAlpine Regional Director Vince Corrigan also announced his departure from the company after 30 years yesterday. He has been replaced by Director of Operations Tony Aikenhead.