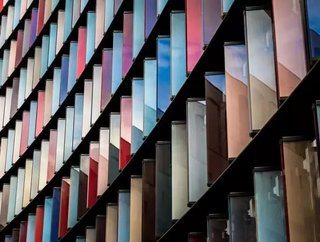 One of the leading global contractors in engineering, manufacturing and installation of architectural envelopes has entered a joint venture with an emer...

One of the leading global contractors in engineering, manufacturing and installation of architectural envelopes has entered a joint venture with an emerging design and construction specialist.

Permasteelisa Group will join forces with Shenzen based Grandland Group, as the company looks to “create the biggest comprehensive” curtain wall player in the world.

The deal was revealed following LIXL Group Corporation, which had significant shares in Permasteelisa, announced that it has decided to sell its shares to Grandland for a base sale price of 467mn.

The transaction will allow Grandland to differentiate its offering in the crowded and competitive curtain wall market, by leveraging Permasteelisa’s world-wide positioning as a premium market leader with a history of shaping some of the world’s most iconic skylines/

Synergies with Grandland will create unique potential for Permasteelisa to better serve the entire Asian region. Grandland’s focus on the interior business will complement Permasteelisa offering in the niche.

“Combining Permasteelisa’s position as a premium leader in the market and its scale across EMEA, North and South America as well as parts of Asia, along with Grandland’s industrial integration capabilities and strength in China, will create an even a bigger player in the curtain wall segment globally”, states Riccardo Mollo, Chief Executive Officer of Permasteelisa Group.

“While Permasteelisa will maintain its operating independence, the opportunities for operating synergies with Grandland are tremendous.”

The transaction is subject to customary closing conditions and regulatory approvals including in China, the United States and Russia.