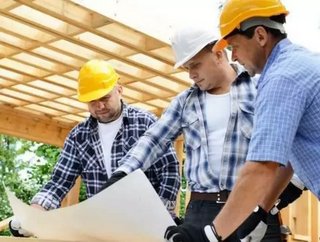 *** EMBARGOED UNTIL 12.01AM 31ST OCTOBER 2016*** Despite challenges including the current planning system, a skills shortage and uncertainty following...

Despite challenges including the current planning system, a skills shortage and uncertainty following the EU Referendum, housebuilders are forecasting increased growth and investment in the sector. Over a third say that the uncertainty following the EU referendum result is their main challenge, with other challenges including the rising cost of raw materials, the current planning system and industry skills shortage

The second annual Lloyds Bank Commercial Banking report on the UK housebuilding sector analyses the state of the industry today, and the opportunities and challenges it faces in the future.

The report is the first in-depth study of the sector following the decision to leave the European Union in June 2016. Although over a third of firms (36 percent) said that the uncertainty following the EU referendum result is the biggest challenge to their business, the industry is relatively optimistic; planning to grow, invest and create jobs.

The research found that, in the face of ongoing uncertainty, optimism about the future of the housebuilding industry has picked up slightly from 7.1 last year to 7.2 in 2016, with 10 representing the highest level of expectation.

It seems that this outlook has given the industry the confidence to invest, with average five-year investment plans up 17 percent year on year.

Housebuilders are also confident about growth, with 42 per cent of respondents saying that their growth forecasts had improved since the EU vote, compared with 27 percent who said they had declined. They are now predicting an average growth of 28 percent over the next five years, up from 25 percent last year.

The remaining challenges that the sector highlighted, after the EU referendum result, include the rising cost of materials (35 percent) and the current planning system (29 percent).

While the UK continues to face the housing shortage head-on, more than one-fifth (22 percent) of housebuilders do not believe the sector has the resources it needs to help the Government achieve its targets for new housing, and 14 per cent are unsure.

Firms also said that the availability of government support (32 percent) and suitable land (29 percent) are factors that impact the industry’s ability to meet targets for new housing.

Almost a third (30 percent) of firms said there are not enough skilled workers in the industry, with bricklayers, electricians, plumbers and joiners being the hardest to recruit. This shows a slight improvement from the 2015 survey from 35 percent.

Recruitment and skills therefore remain a focus, with three of the top priorities for firms over the next five years being recruiting additional staff (52 percent), and investing in training (49 percent) and apprenticeships (32 percent).

A quarter (25 percent) of firms are still planning to create jobs to support growth, but this is down from 31 per cent last year. And the scale of planned workforce growth has also fallen back to 22 percent, from an average of 31 percent of the current workforce over five years in 2015.

Despite the fall in plans to recruit, the sector still looks set to create more than 70,000 jobs over the next five years.

“The wider uncertainty, coupled with the rising cost of materials, presents some challenges but the industry is taking steps to tackle these issues head on, and still plans to grow.

“Businesses are confronting the much-mooted skills shortage and it is encouraging to see that almost half of the industry is making staff training a key focus and nearly a third is prioritising apprenticeships.

“Housebuilding is a key sector for the UK, driving economic growth but also delivering much needed homes which are critical to our communities. We are therefore fully committed to the sector, not just through our continued financial support to our clients to support their growth ambitions, but also by providing solutions such as our Housing Growth Partnership. This is a £100m dedicated joint venture with the Government to invest between £500,000 and £5 million to increase the supply of new homes by supporting small and medium sized housebuilders.”

Stewart Baseley, Home Builders Federation, said: “The industry is pushing the skills agenda hard. If we are to build more high quality homes we simply have to increase industry capacity. We are looking at how we build our individual sites more quickly; and the measures Government could introduce to allow SME builders to play their part in delivering more homes.

“If we can continue to create an environment in which the industry can grow, as well as delivering desperately needed new homes, we can play a huge part in driving our economy forward.”