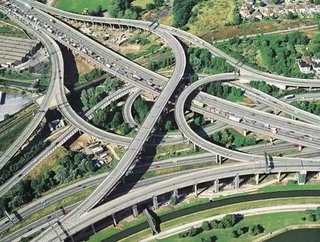 The road repairs and outsourcing business Mouchel is in takeover talks with London-listed Kier Group, according to reports. Mouchel, which was bailed-ou...

The road repairs and outsourcing business Mouchel is in takeover talks with London-listed Kier Group, according to reports. Mouchel, which was bailed-out by banks during the financial crisis and collapsed briefly into administration in 2012, has confirmed it held ‘preliminary discussions’ with Kier. Following the announcement, shared in Kier dipped.

Royal Bank of Scotland, Lloyds and Barclays currently own Mouchel, which hired bankers at Rothschild in the summer to explore a potential flotation of the business in 2015 or 2016. Since then it is understood that Mouchel has also held early stage talks with other interested trade buyers, including Kier.

According to sources, a takeover could value the company at up to £400 million.

In 2011, rival construction groups Costain and Interserve battled to buy the business for around £190 million. The new estimated value could price these potential buyers out of the market, leaving the door open for a bigger player such as Kier to step in.

It is understood that takeover talks with Kier have been at an early stage and no due diligence has been completed while the company still takes steps towards a stock market flotation.

It is thought Mouchel CEO Grant Rumbles would rather re-list the company, however the London flotation market has been a little unstable since the start of the year making a sale more viable from a financial perspective.

“Mouchel, which first introduced reinforced concrete to Britain in 1897, suffered during the recession after the company’s debt reached unsustainable levels. Its troubles were then exacerbated by its debt-fuelled deals proving costly during the recession, a cut in public spending, a £4.3m accounting black hole and the collapse of takeover talks,” said M&A reporter Ashley Armstrong, writing for the Telegraph.

Mouchel, which maintains a third of Britain’s highways including Birmingham’s infamous Spaghetti Junction, is due to benefit from a significant boost from the Government’s ramped up spending on infrastructure. The UK Government plans to spend £15bn on 100 new road improvement schemes. Chancellor George Osborne is due to reveal further details in his Autumn Statement on Wednesday.