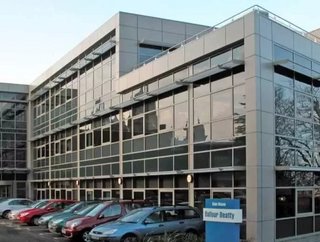 Balfour Beatty, the international infrastructure company, has appointed Hector MacAulay as Managing Director for its regional construction and civil eng...

Balfour Beatty, the international infrastructure company, has appointed Hector MacAulay as Managing Director for its regional construction and civil engineering business in Scotland and Ireland.

MacAulay has three decades of experience within the civil engineering and construction industry, including 26 years with Balfour Beatty during which time he has held significant roles as Managing Director of the Southern Regional Civil Engineering business and his most recent role as Managing Director for the Edinburgh Delivery Unit.

He said: “I am delighted to be appointed to my new role for a company I have been dedicated to for most of my professional career. I am passionate about building the business and reputation of Balfour Beatty through a first class, customer focused service and delivering great projects that utilise our industry leading engineering expertise. I strongly believe the construction industry has a duty and a responsibility to support and enhance the communities within which it operates and to leave a lasting and sustainable legacy when it moves on.”

His role will entail responsibility for all of Balfour Beatty's construction and civil engineering activities across Scotland and Ireland, which has an annual turnover of circa £400million, and operates out of delivery units based in Edinburgh, Paisley, Aberdeen and Dublin.

Balfour Beatty is currently delivering projects across Scotland and Ireland including student accommodation at Holyrood, Kennedy Street in Glasgow and St Peter Street in Aberdeen; the New Portobello High School in Edinburgh; the NHS Ayrshire & Arran Acute Mental Health and Community Hospital project in Irvine and the major extension to the Clyde Windfarm; new mainline Railway stations at Edinburgh Gateway and Dundee, and a number of major infrastructure packages in the North East including the Aberdeen Western Peripheral Route, A96 Inveramsey Bridge and the Third Don Crossing in Aberdeen and in Ireland the Ireland Primary Care Centres PPP Project.