REPORT: US home construction took a knock in October 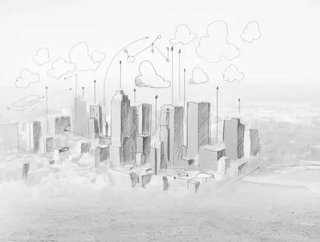 Construction of new homes fell slightly in October after a big surge in the previous month, but the weakness was largely driven by the volatile apartmen...

Construction of new homes fell slightly in October after a big surge in the previous month, but the weakness was largely driven by the volatile apartment sector, says a report by the Associated Press.

Builders started construction at a seasonally adjusted annual rate of 1.009 million last month, the Commerce Department reported Wednesday. That was a drop of 2.8 percent from September when construction had jumped 7.8 percent to 1.038 million.

According to reports, the weakness stemmed from a 15.4 percent plunge in apartment construction, a category that notoriously has big swings from month to month. Construction of single-family homes was up 4.2 percent, the third gain in the past four months, however.

And it is not all doom and gloom, applications for building permits - a good sign of future activity - also rose 4.8 percent in October to 1.08 million.

While overall construction was down in October, analysts said the weakness was confined to apartment building, which had seen a huge increase in September. They noted upward revisions to overall activity in September and August and forecast further gains in the months ahead.

Solid employment gains, lower mortgage rates and somewhat easier lending standards are likely to boost housing in coming months. At the same time, economists are concerned about price gains, which so far have been outpacing wage increases.

Price increases have cut into affordability for would-be buyers, limiting sales growth for new homes and cutting into sales for existing homes.

But in an encouraging sign, U.S. homebuilders' confidence rebounded in November as both sales expectations and buyer traffic improved. The National Association of Home Builders/Wells Fargo index rose to 58 this month, up from 54 in October.

That puts the index just short of September's reading of 59, which was the highest level since November 2005, shortly before the housing bubble burst. Readings above 50 indicate more builders view sales conditions as good rather than poor.