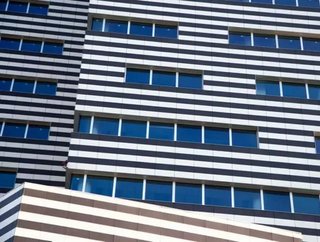 Siemens AG, the German conglomerate, has inaugurated its new campus in the municipality of Zug, Switzerland. The newly-constructed campus features a ne...

Siemens AG, the German conglomerate, has inaugurated its new campus in the municipality of Zug, Switzerland.

The newly-constructed campus features a new office building with 1,000 work spaces, and a production building.

A total of CHF250mn (US$251.9mn) was invested in developing the site, which including new buildings and renovations.

The campus will form the international headquarters for Siemens Building Technologies, which employs 29,000 people.

“Siemens is one of Switzerland's largest employers. We employ over 6,000 people here, including about 300 apprentices,” stated Joe Kaeser, Chairman of the Siemens AG Managing Board.

“Building Technologies with its headquarters in Zug will benefit more from digitalization than virtually any other industry.”

“Next year, building technology will become a core element of the new operating company Smart Infrastructure (SI). Its global headquarters will then also be in Zug.”

“With our investments in research and development, we are using the opportunities of digitalization to steadily evolve into a smart building company,” explained Matthias Rebellius, CEO of Siemens Building Technologies.

“We offer a full range of building technologies for fire detection, security and automation solutions to optimize sustainability, total cost of ownership and the user experience in buildings.”

“Smart buildings are based on comprehensive analytics and use of digital building data.”

“A smart building is flexible, it learns from previous interactions and it continually adapts to the needs of building users, thus actively contributing to their success.”