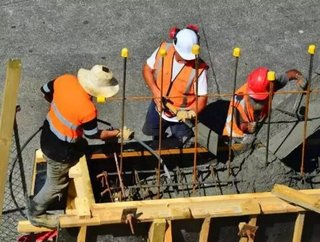 Balfour Beatty has published theirpaper,Small scale, big impact: infrastructure and economic regeneration, which draws on its considerable experience an...

The company examines the role small scale, quickly implementable projects which can play in boosting economic growth nationally in the short to medium term, while simultaneously providing a longer-term structural contribution to the economy for example, by addressing congestion on the roads.

Such ‘shovel ready’ schemes will provide the construction industry with the pipeline and certainty to invest in training future experts who will be needed to deliver larger scale projects such as HS2 and the third runway at Heathrow.

Leo Quinn, Balfour Beatty Group Chief Executive, said: “Whilst major infrastructure investment will be vital to the strength of the UK over the mid-term, we believe there is also a way for the government’s industrial strategy to drive rapid economic stimulus, with considerable geographic precision.

“As of today a number of road, rail, public realm, flood defence and construction projects exist which meet the Chancellor’s tests, in many cases have been approved, but are stalled by lack of funding. Taking advantage of current low borrowing costs to select and implement those with potential to bring maximum impact on a localised basis would quickly disperse uncertainty and set the country on the path to an economic growth that works for everyone.”

Key recommendations within the paper include the need for a solid project pipeline; the importance of considering alternative economic modelling which makes a more robust economic case for infrastructure investment more broadly across the country; ensuring that fiscal stimulus is not directed solely towards new infrastructure; and that there is an early and integrated policy response to the skills shortage.