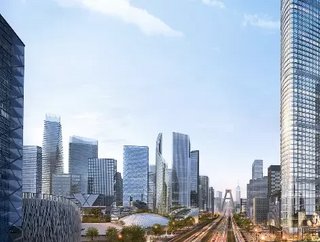 Chengdu is upping the hi-tech stakes after unveiling six projects and pledging to invest RMB30 billion in building 50 R&D institutions in the next five years. Centering on the three leading industries of electronic information, biomedicine and new economy, Chengdu High-tech Zone has attracted 128 Fortune 500 companies such as Intel and BOE, and introduced 11 ten-billion-yuan projects last year, involving companies such as Tencent, Baidu, and ByteDance.

In recent years, the zone has introduced six Nobel Prize winners, 20 academicians, and 328 national high-level talents, and nearly 150,000 enterprises from different industries have set up a presence, including more than 56,000 tech companies.

Chengdu High-tech Industrial Development Zone was set up in 1988, and in 1991, was approved as one of the first national high-tech zones. In 2006, it was listed as a pilot zone by the Ministry of Science and Technology and in 2015, approved by the State Council as the first national independent innovation demonstration zone in West China, according to China Briefing.

In February, Chris van Duijn was selected, alongside GMP, as the winner of the Chengdu Future Science and Technology City Launch Area Masterplan and Architecture Design Competition (click here). The 4.6sq km masterplan, designed for the innovation industry in collaboration with CAUPD and Swooding, has been conceived as a pilot project to drive the development of the city around the new airport east of Chengdu.

OMA and GMP will develop the first phase of the overall masterplan, which will include an International Educational Park in the west led by OMA, and a Transit Oriented Development (TOD) in the southeast led by GMP.

A massive replica of the sunken ocean liner is now under construction in Daying County in Sichuan province, around 130kms from Chengdu, according to CNN Travel. Dubbed 'The Unsinkable Titanic', the ship is the exact same size as the original, 269.06 meters (882 feet) in length and 28.19 meters (92 feet) wide.

Chengdu, located in south-west China with a population of 20 million, is the seventh wealthiest city in China.