ConsortiQ: Drones aid careers in construction, not replace them 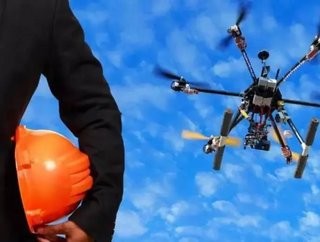 As drones continue to enter the construction sector, there has been increased concerns regarding the long-term usage of the technology within building a...

Shea O’Donnel, Marketing Executive at ConsortiQ said, “Although many people are excited about drones, there is also a backlash against the technology. This is apparent in the wider world, as well as the construction industry, but we urge those against the use of drones to consider the potential they hold instead.

How much easier is a bricklayer’s life now that concrete mixers are available? Reducing the need to exhaust themselves manually mixing, it allows for more time and effort to be spent in laying each brick perfectly. And the job of the bricklayer is still here today! Drones could offer the same benefits, improving workflow without posing a risk to existing job roles.”

In The UK Drone Usage Report 2016, commissioned by Drones Direct, trades such as construction and plumbing were revealed as being the industries that utilised drones the most, highlighting how widespread the technology is within the sector.

An article in Professional Builder also provided insight into the industry, revealing how there is an urgent need to attract young, skilled workers back into construction in 2017.

Shea O’Donnel continued, “Embracing drones and actively using them more in construction could even help to encourage the new wave of skilled staff that it is desperately lacking. It could make construction exciting, appealing and present it as an industry that is here to stay in the future. These things are all very attractive to youngsters, deciding which career path to follow.”