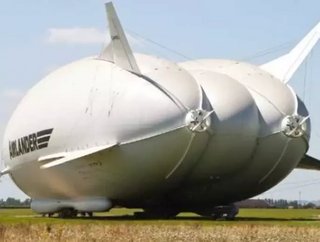 Named Airlander 10 and owned by Hybrid Air Vehicles (HAV), the vehicle is 60 percent lighter than traditional aircrafts, eliminating materials which typically weigh aircrafts down.

The aircraft is approximately 50ft larger than conventional passenger aircrafts. Incorporating lightweight composites, the build foregoes any internal structures but is supported through the use of helium, alongside internal gas pressures which supports and maintains the aircraft’s shape.

The aim will be for the first series of flight tests by the UK Civil Aviation Authority and European Aviation Safety Agency to be undertaken.

Chris Daniels, Communications Director, HAV, said: “We believe it will be the first aircraft of its size to achieve commercially viable zero carbon flight, once the technology is well established in the coming years to allow for that.”

Lead insurer of the Airlander 10 AGCS believes the build will be “a game changer.”

AGCS Underwriting Manager Products / Airports Regional Unit London, Craig Armitage said: “Allianz’s interest in covering HAV is because we recognise this technology is game changing. It combines the best of rotor wing/fixed wing and lighter-than-air vehicles. It is a remarkable machine and independent aviation experts expect the hybrid market to be worth up to $50 billion (£36 billion) in the next 20 years with over 600 vehicles deployed.”

The construction has taken over 10 years to build at a cost of £25 million and will allow aircrafts to travel for longer and consume less fuel.