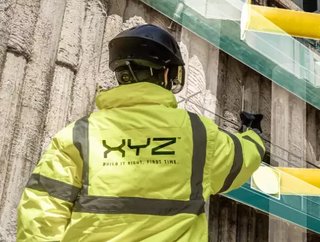 XYZ Reality has announced a £20m investment round led by Octopus Ventures.

Designed to enable an on time and on budget delivery of construction projects, by eliminating building errors, HoloSite has been available to select customers through an early access programme and has already been used on projects totalling a value of over £1.5bn in the last year.

This funding will be used to accelerate the company’s ambition of transforming projects by preparing for HoloSite’s commercial launch in the USA and continuing investment in strengthening research and development. The company is also growing its London team to include key hires across technology, manufacturing, sales and marketing.

"The next phase is Assisted Reality, where our spatial computing technology will have the intelligence to automatically detect and report issues in the field. And ultimately, the goal is builders building from holograms. Our vision of developing world changing products aligns with Octopus Ventures’ mission of investing in companies that are powering the next industrial revolution. We look forward to building history.”

The latest round of funding is led by Octopus Ventures, one of the largest and most active venture investors in Europe, known for its commitment of investing in companies and founders that are changing the world. Octopus Ventures has a strong track record, spanning investment in health, fintech, consumer, B2B software, and deep tech. This includes WaveOptics, one of Octopus Ventures’ early investments in Augmented Reality, which was recently acquired by Snap Inc.

Rebecca Hunt, early-stage investor at Octopus Ventures, said: "We’ve always invested in entrepreneurs leading industry change and XYZ is doing just that. It's solving a massive problem that costs the construction industry billions every year, using its Engineering-Grade Augmented Reality solution to spearhead a shift in the sector’s approach. The founding team of David, Umar and Murray have deep domain and technical expertise, which we believe makes XYZ uniquely placed to drive this transformation.”

XYZ Reality also announces a new partnership with Mace, for the construction of a hyper-scale data centre in Europe. With speed to market being particularly essential for mission critical builds, HoloSite’s AR technology will have a significant role in supporting an accurate and time effective build for Mace, which last week appointed Jon McElroy its new Managing Director for International Technology.

Mace Technical Director, Stephen Henley, said: “Mace has built a reputation of redefining the boundaries of ambition, always bringing efficiency, innovation and responsibility to our projects. With the implementation of XYZ’s groundbreaking AR system, we continue to be committed to delivering projects faster, safer and better than ever before.”

Five years ago, Heather Bellini of Goldman Sachs Research expected virtual and augmented reality to become an $80 billion market by 2025.

But according to new research by global tech market advisory firm ABI Research, nearly 28 million augmented and mixed reality smart glasses will ship in 2026, while the total global AR/MR market will surpass $175 billion in the same year.

"Major tech players across hardware, software, and services look familiar in the consumer space, contributing to strong and consistent overall growth," says Eric Abbruzzese, Research Director for ABI Research. "Those big tech names, with active investment and product ranging from already available, to announced, to all-but-announced, are creating a consumer AR market that will be dynamic and welcoming rather than struggling and immature."