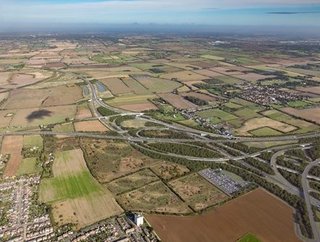 Contract will see Balfour Beatty responsible for the design and delivery of more than 10 miles of new highways, as well 49 structures

Balfour Beatty, the international infrastructure group, has announced that it has been awarded a £1.2 billion contract by the National Highways to deliver the Roads North of the Thames package of works for the proposed Lower Thames Crossing.

In a statement, Balfour Beatty said that it would be responsible for the design and delivery of more than 10 miles of new highways, connecting the M25 at Junction 29 and the A13 with the Lower Thames Crossing tunnel at Tilbury, Essex.

The Lower Thames Crossing will create a new connection under the River Thames to increase capacity and ease congestion in the South of England, the statement highlighted.

Leo Quinn, Group Chief Executive of Balfour Beatty, said: “The Lower Thames Crossing is a significant scheme - one that will stimulate local, regional and national economic growth, create employment opportunities and new, sustainable methods of construction for the future of our industry.

“Our deep domain knowledge and long-standing history in complex road construction, acquired through many years of successful delivery on behalf of National Highways, makes us ideally positioned to deliver this project to the highest standard.”

Furthermore, the company will deliver 49 structures, including bridges and major viaducts. Modular construction techniques will be utilised to build the structures offsite in a controlled factory environment, thus significantly reducing carbon emissions by minimising the number of lorry movements and material deliveries to and from site.

The company stated that this approach will support its commitment to going Beyond Net Zero Carbon by 2040, as well as being in line with National Highways’ low carbon targets for the project.

Throughout construction, Balfour Beatty will look to spend £500 million with local businesses and supply chain partners and will set up an ‘Operator Skills Hub’ to provide innovative training programmes to upskill plant operators and inspire the next generation of talent in the UK, the company added.

Following an 18-month period of detailed design and pre-construction planning, subject to Development Consent Order, Notice to Proceed from the Department for Transport is expected in 2024. The full value of the contract will then go into Balfour Beatty’s order book, with main construction scheduled to commence shortly after.

Completion is expected between 2029 and 2030, Balfour Beatty stated, adding that at construction peak, a workforce of approximately 2,000 will be directly employed. This includes around 150 apprenticeship, graduate, and trainee positions.