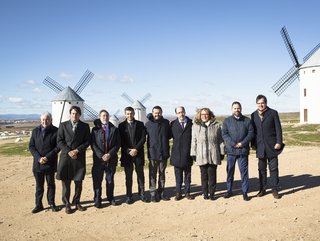 CEPSA, the Spanish multinational oil and gas company, has said that it will add three new renewable energy projects in Castilla-La Mancha, in central Spain.

In a statement, the company said that three photovoltaic plants will be developed in the towns of Campo de Criptana and Arenales de San Gregorio (Ciudad Real), with an estimated capacity of 400 megawatts.

The company added that the installation of these solar plants will involve an investment of more than €280 million. Construction works are scheduled to start at the beginning of 2025, and overall, the projects are expected to generate more than 420 jobs, reaching nearly 700 jobs in the peak phases of their development.

Once in operation, the projects will produce an estimated annual energy output of 840GWh, which is equivalent to the consumption of approximately 250,000 households for a year – nearly one-third of the domestic consumption of Castilla-La Mancha.

Furthermore, the production of renewable energy from these projects will avoid the annual emission of 336,000 tons of CO2, the company said.

Within the framework of these developments, the Town Councils of Arenales de San Gregorio and Campo de Criptana have signed agreements with CEPSA to join the “Sumamos Energías” program. This is an initiative promoted by the company to guarantee the integration of renewable projects within the local environment, as well as to involve different social agents and involves citizens while pursuing collaboration with the administrations.

José Luis Escudero highlighted the commitment of his administration to continue ‘accelerating the energy transition of our community based on a rational, social and environmentally responsible energy model, even more so in the current context of climate and energy crisis determined by the war in Ukraine’.

“We are certain that these renewable energy projects, carried out with environmental rigour, can galvanise the areas where they are located, mainly rural, generating wealth and employment. That is why we celebrate the involvement of citizens and local authorities,” he stated.

There are now nine new projects that CEPSA will develop in the community, with a total capacity of 1,200MW, de Angulo said. These projects will generate more than 2,100 jobs during their construction phases and will have a total investment of €840 million.

Once in operation, these projects will produce an estimated annual energy output of 2,500GWh, which is almost equivalent to the total domestic consumption of the entire region. Furthermore, the production of this renewable energy will avoid the total annual emission of over a million tons of CO2, the statement continued.

Geronimo de Angulo pointed out: "Castilla-La Mancha is a strategic community for the development of CEPSA's renewable energy portfolio, which will allow us to drive our Positive Motion strategy. We are going to advance in the decarbonisation of our activity, while generating a positive impact on the environment, based on the DNA that characterises us: the creation of shared value, listening to the public and establishing long-term relationships based on trust."

He added that CEPSA is developing a portfolio of renewable energies to sustainably supply the energy consumption of its industrial centres, especially for the production of green hydrogen, an energy vector in which CEPSA wants to be a leader in this decade, and has launched the Andalusian Green Hydrogen Valley, the largest green hydrogen project in Europe.

Renewable energies are defined within the company’s 2030 Positive Motion strategy, with which the company aims to become a leader in sustainable mobility and energy in Spain and Portugal and a benchmark in the energy transition.

Through its ‘Sumamos Energías’ program, CEPSA will work hand in hand with all local councils that want to join in the design and implementation of actions that generate value and promote socioeconomic development and the natural capital of their municipality, the company added.

The program is based on co-design and transparent and proactive dialogue, which seeks to create a tractor effect in the territory and maximum social and environmental integration, it explained. Each of these lines of action involves a series of initiatives linked to the nature of the projects and adapted to the needs of each locality and its neighbours.

Among the actions that CEPSA will implement, in collaboration with the municipalities of Campo de Criptana and Arenales de San Gregorio, is a Digital Transformation course for the training of the business network, environmental education programs and scholarships for vocational training students stand out.

In addition, with the aim of promoting socioeconomic development, the company is committed to promoting job creation in the municipalities, through a specific job bank to be created by the municipalities, and to contracting local suppliers for the construction and maintenance of the renewable energy facilities.

Finally, one of the planned initiatives is the creation of a local sustainable development fund set up and managed by the municipalities to finance sustainable investments and actions aimed at job creation, training, and environmental protection in the municipality, the statement concluded.