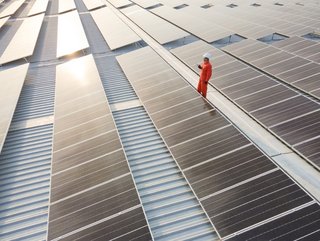 Al Ghazala Energy Company (Ghazala) will begin work on the Saad Solar PV Project, which is scheduled for commissioning in the fourth quarter of 2024, a statement said. Located in the vicinity of the town of Saad, the project is part of the Category B projects list, which comes under the third round of competitive tenders of the Kingdom’s National Renewable Energy Programme (NREP), it continued.

The Power Purchase Agreement for a term of 25 years was signed in March 2022, the statement added.

President of Jinko Power International Business, Charles Bai, said: "The financial closing of the Saad Project during tumultuous times for the world and the solar industry specifically is a testament of Jinko Power's commitment to the renewable industry in the Kingdom of Saudi Arabia and Jinko Power's capabilities to develop and execute projects with professionally experienced teams spanning across technical, supply chain, finance, legal and project management. We remain committed to the Kingdom and to successful completion and operation of the Project."

The company added that Elsewedy Electric for Transmission and Distribution of Energy (EET&D), an Engineering and Construction subsidiary of the Egyptian multinational company Elsewedy Electric has been selected as the EPC contractor for the Project.

It stated that a consortium of three leading lenders in the region are providing long-term, non-recourse project financing to Ghazala. The project debt facilities comprise both Islamic and structured senior tranches, it explained.

With the achievement of financial close and approval from the off-taker, Saudi Power Procurement Company (SPPC), to commence construction, Ghazala said that it has initiated the mobilisation of its manpower and the EPC contractor on site.

“This adds very well to our track record in the region, with the world's largest single-site solar plant under operation (the 1.2 GW Sweihan Project in Abu Dhabi), and the world's largest single-site plant, which is under construction (the 2.1 GW Dhafra Project in Abu Dhabi). We are glad to have elected Elsewedy Electric as our partner / EPC Contractor for our first Project in the Kingdom, who brings their regional know-how,” he asserted.

As of September 2022, Jinko Power has owned and connected around 3.3 Gigawatts of Solar IPP projects in China, while it has developed, constructed, and has in operation, around 3.6GW of solar IPP projects outside of China. The company stated that it is developing a global pipeline of gigawatt-scaled projects in key markets such as in the Middle East, Latin America, Europe, and Asia Pacific.