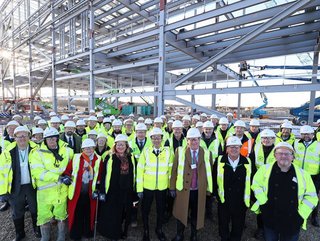 Wates Group, the UK-based, family-owned construction, property services and development company, has said that has begun construction on a new gigafactory in Sunderland for Envision AESC, the Japanese electric vehicle battery technology company.

In a statement, Wates said that the new gigafactory project is the largest by single value in its 125-year history. It is the second Sunderland-based battery plant for Envision AESC and will have a capacity of 12GWh and will employ more than 1,000 people once operational in 2025.

Once operational, the factory will deliver a six-fold increase in electric vehicle battery production in the UK. The company added that a traditional Japanese first pillar ceremony was held to mark the first phase of construction for the project.

The facility will be powered by 100% Net Zero Carbon energy, aligning with the company’s global commitment to sustainability, the statement added.

It forms part of a wider £1 billion partnership with Nissan and Sunderland City Council to create EV36Zero, an electric vehicle hub supporting next generation EV production and accelerating the transition to net zero carbon mobility.

Envision AESC CEO Shoichi Matsumoto said: “The first pillar event marks the latest phase of Envision AESC’s investment in the UK and is a sign of our ongoing commitment to Sunderland. Our ambitious growth plans are built on a focus on quality, which is why we have over 800,000 electric vehicle batteries on the road globally with zero critical incidents.

“I want to pay tribute to the fantastic team in Sunderland who over the past decade have helped ensure each and every battery is built without compromise and helped make AESC a leading battery supplier.”

The ceremony saw Matsumoto tightening the bolt on the building’s ‘first pillar’ – a traditional Japanese custom on construction projects. The ceremony also marked a decade of EV battery production on Wearside with the first electric vehicle battery built back in 2012, to support production of the first-generation Nissan LEAF.

The company has doubled in size since production began and today employs more than 470 people in Sunderland. Globally AESC batteries are found in 800,000 electric vehicles operating with zero critical incidents.

The footprint of the new building will be the equivalent of 23 football pitches and use 14,000 kilometres of mains cables. When complete the 360-metre-long building will be longer than the nearby Northern Spire bridge across the River Wear.

Integrated Artificial Intelligence of Things (AIoT) smart technology will be deployed to monitor and optimise energy consumption, manufacturing, and maintenance at the gigafactory, the statement added.

Construction of the new building on the IAMP business park – which spans land in South Tyneside and Sunderland will pave the way for potential future investment that could eventually see the site generate 35GWh capacity and 4,500 new high value green jobs, it continued.

Wates Group, alongside its specialist engineering services arm, SES Engineering Services, is leading the design and delivery of the build, working alongside Turner & Townsend who will act as the project manager and cost manager.

Sir James Wates CBE, Chairman of Wates Group, said: “Envision AESC is the largest single project by value in our 125-year history. We are integrating years of expertise from across our business and supply partners to deliver this immensely complex scheme.

“This gigafactory represents the future of green, automotive manufacturing – not only in the Northeast, but nationally – and like all our projects, we’re committed to building it sustainably and for the long-term benefit of the region. It was an honour to celebrate this first phase with AESC and we look forward to our next milestone being completed.”