View Full Report
Chayora has a unique approach and unparalleled expertise when it comes to establishing new, world class data centres in China...

As China opens its expanding economy to global businesses to meet the growing demands of its 1.4 billion people, it presents a compelling market to global retailers, manufacturers and service companies. Starting up or growing in China is not like starting or scaling up in any western-style economy. A partner that understands the need of businesses in the wider world to gain a presence within China, and offer that access from within and at scale, is essential.

Chayora was conceived and launched nine years ago to provide just that bridge into China, a secure and carrier-neutral base for transactional data and operations. Founded by Oliver Jones, Jonathan Berney and Steven Cao, respectively CEO, COO and China Chairman, its focus is entirely on using the unique know-how, expert team, licensing and corporate structure it has created to develop and operate data centre campuses in China. Conceived on a scale that will make Chayora a major player even by China’s standards, the sites are strategically located and truly hyperscale developments, covering typically more than 30 hectares and with over 300MW of gross power load. Sites this large have all the expansion capacity needed, and customers can be accommodated on a flexible funding basis, from being fully funded by Chayora to being self-funded by the customer.

There are very few international data centre operators that hold the necessary IDC (Internet Data Centre) licences needed to enter China’s market, says Jones. “The potential opportunity was highlighted originally when I was approached by a large global bank looking for an innovative way to handle their data storage in China – and I quickly found out that the other major banks had the same problem.” Understanding both the opportunity and the formidable difficulty of grasping it, the founders put their heads together and set about gathering talent. “We needed the best, so we identified extremely collaborative and competent people to join our team.” The Chayora team is very strong today, well-balanced in global presence, gender mix and relevant professional backgrounds enabling it to deliver a unique proposition to its customers.

Jones and Berney are both Hong Kong based, the latter responsible for creating Chayora’s ability to deliver and execute its strategy. In China, all land is government owned, with long-term leases acquired by auction. The first site in the Tianjin Beijing corridor was acquired in 2017 as part of an investment agreement with the local government.

“We have three main business drivers,” Berney explains. “To align with the China Five-Year Plan and its policies, secondly, the objectives of our shareholders and, most importantly, delivering for customers. We work in the space where these converge.”

Chayora’s key attraction for customers is reliable speed to market. This is achieved by having pre-approved designs that satisfy national regulatory requirements. Where a customer needs to vary that design the team is in place to obtain approval very quickly. The first facility on the Tianjin site, known as TJ1, will accommodate 3,000 racks in six data halls at rack densities up 30kW per rack to the customer requirements. Construction of the first phase shell is complete, equipment is being installed and it is due to come on stream in September - the first of nine data centre facilities on this campus.

A second campus in Shanghai, which has a population of nearly 25 million, is at an advanced stage of planning. It will be fully permitted and licensed and, like Tianjin which serves greater Beijing, will be carrier-neutral with enough power available for any future expansion offering low-latency ultra-high-speed connections at a competitive TCO.

A customer can come in at a modest level and scale up to tens or even hundreds of megawatts. “Hyperscale generally means over 10MW of IT load and is built to suit in our cases,” says Jones. “We are able to deliver that now to the largest companies in the world, which is rare if not unique in China. The large cloud companies coming into China have had to start small compared to their typical requirements while they build demand but growth has been constrained due to lack of facilities at scale and performance.” Though the core team is built of experienced developers, operators and entrepreneurs with more than 100 data centres under their belts, Jones says they find this venture the most stimulating. “I have never encountered anything as exciting or as rewarding as the progress Chayora has made.”

In every sector, customers appreciate Chayora’s ability to help them formulate a business plan and decide whether to choose a wholesale build-to-suit data centre or go for racks within their “colo” to get their services started. They can expand as their business grows.

The buzz around Chayora attracts vibrant talent, typified by the recent appointment of Yali Liu as EVP of Network and Strategy. Liu has one foot in Texas and the other in Beijing, an ideal international background for working with key stakeholders. Formerly Executive Director at Verizon and responsible for global network planning and VP for ChinaCache, one of the largest content delivery networks (CDN) providers in China, she has a rare understanding of both the American and Chinese approaches to data centre capacity needs. “It’s exciting,” she says, “to be developing truly carrier-neutral data centres – something entirely new to China.”

China’s Ministry of Industry and Information Technology (MIIT) announced that from July 2020 the fee charging model between three big indigenous operators China Telecom, China Unicom and China Mobile (which has 950 million subscribers) shall be scrapped and internet backbone peering introduced.

This is a very important step forward and will significantly improve network performance and user experience once fully implemented, Liu affirms: “I am happy that the government has opened the way to seamless connectivity to the internet backbone in China. Chayora now has a colocation partnership agreement with Telstra, under which Telstra will also be the campus’ network manager offering carrier neutrality. Our customers can now come in with the carrier of their choice. Connectivity to international standards is a big focus for us. Customers need to know that though we’re China-based we have international expertise, so transparency is a hallmark of our business.”

Having a strong presence in China and also in western markets sets Chayora apart. Many of the biggest global tech players are situated on the US West Coast and specifically in the Bay Area of San Francisco, which is where Karen Kesner, EVP and Head of Americas is based. She leads key go-to-market and growth acceleration activities for Chayora customers in the US.

Each of the leaders we spoke to emphasised the importance of cultural sensitivity when coming into China. “Business relationships are much more relational, and that relationship has to be built,” says Kesner. “For example, one of our co-founders, Steven Cao worked with MIIT in many different projects when he was senior manager in China’s State Grid Corporation and he has a great understanding of Chinese business compliance. Having people like him and Yali Liu on the networks side within the business is indispensable.”

Employing great people from diverse backgrounds is a core value for Chayora, and Kesner is deeply involved in the advancement of women in technology. She is inspired by her work with advisory councils in America, China and Europe and connecting these organisations globally to help young people understand their options within technology and the wider STEM environment. “Chayora is extremely supportive of that work through a variety of different mechanisms and programmes.”

The Chinese market is one of the most predictable stable markets, but is characterised by a very differnt set of parameters to a typical free market. The current Five-Year Plan talked about localisation and innovation. Its successor, the 14th Five-Year Plan running from 2021 to 2025, will be a crucial element in shaping the new era, both for China and for the world. Understanding this and aligning your approach with it is a prerequisite to doing business within China. “One of the biggest barriers to entry is the regulatory structure around telecoms and the internet, but China represents almost 20% of the world online market, which means that people need to find a way to overcome tis challenge,” reiterates Jones. “We took this up ourselves because despite it being such a massive market many international firms still have to develop effective strategies to access it.” According to the WSJ the first phase of the US-China trade deal signed earlier this year lays out an aggressive schedule for ramping up China’s purchases of American farm products, manufactured goods, business services and oil and natural gas to levels never seen before—an increase of $200 billion over two years in just one (if the largest) global market. Chayora is not only able to navigate the maze of regulation, it is completely aligned with helping China fulfil its Five-Year Plan and deliver its international trade targets. 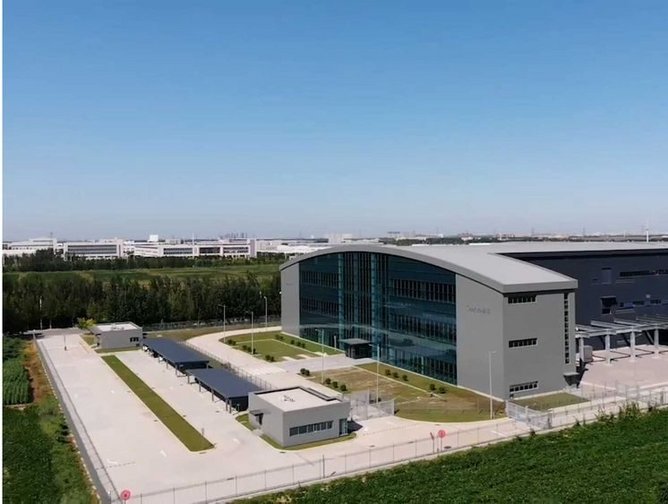 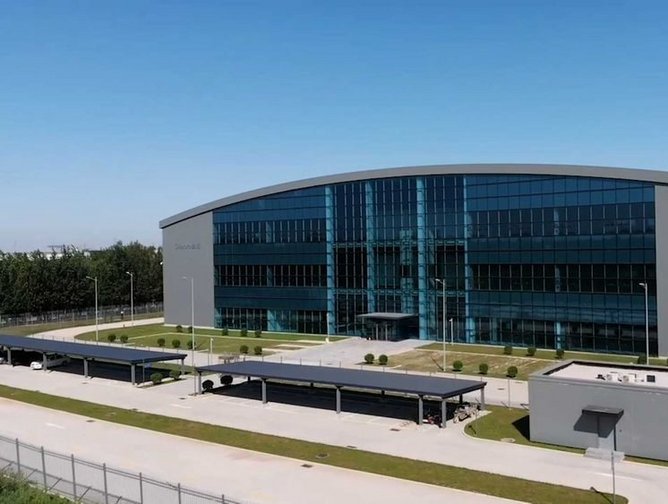 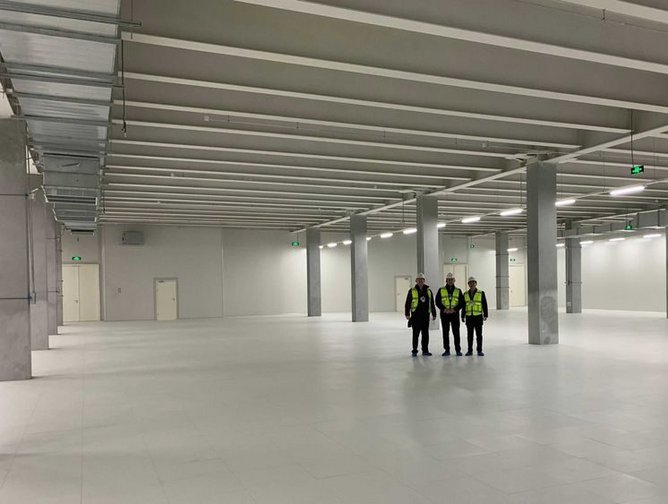