6 stunning museums from around the world 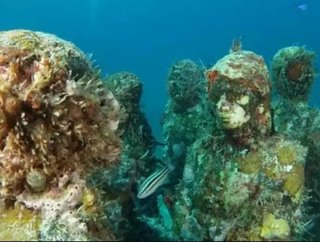 Museums are popular through housing objects of historical, cultural or artistic importance, appealing to locals and tourists in the areas in which they...

Museums are popular through housing objects of historical, cultural or artistic importance, appealing to locals and tourists in the areas in which they are situated. We take a look at six stunning museums which provide unique designs, continue to drive high numbers and create long lasting experiences for visitors.

Opened up to visitors in the early 2000s, the Vatican Museums are one of the most popular tourist attractions within Italy and is one of the largest in the world,

Founded by the Pope Julius II in the 16th century, the museum comprises 54 galleries and Sistine Chapel, incorporating classical sculptures and Renaissance works by renowned figures Raphael and Michelangelo.

Opening in 1793, the Louvre Museum in Paris is the largest museum in the world, incorporating collections from different periods comprising over 20,000 artefacts.

Originally constructed as under Phillip II in the 12th century, the museum has had to undergone extensive renovation works to incorporate the increased number of tourists; however, it is still one of the most unusual museums with its glass façade.

The Royal Ontario Museum in Canada is an iconic tourist site within Toronto, becoming an instant success upon its opening in 1914.

With over one million visitors per year and over five million artefacts, the museum has a variety of galleries and collection of art pieces, but has undergone restoration and expansion to cater for the increased demand for space.

Originally founded in the seventh century, the Potala Palace in Tibet has been turned into a museum, after previously being the residence of the Dalai Lama until his the 1950s.

Constructed at over 12,000 feet, the museum has become a World Heritage Site and is visited by over a thousand visitors per day.

With over 500 sculptures, the Cancun Underwater Museum in Mexico is unusual, where visitors can snorkel or scuba dive to take a closer look at the sculptures below.

Constructed due to the result of tourist impact and damage to coral reefs, the museum comprises of three galleries, where the statues will incorporate natural marine life and support the development of the reefs within the area.

Situated in St Petersburg, the current Salvador Dali Museum opened in 2011. The museum is spread over three floors, with a glass dome at the entrance, containing over a thousand pieces of glass.

Designed by architect Yann Weymouth, the museum also incorpates a spiral staircase, library and an array of Dali merchandise.