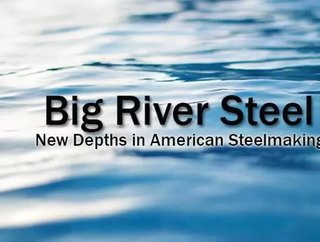 Construction work is due to commence this week on two large Arkansas projects: the $1.3 billion Big River steel mill in Osceola and a $50 million museum...

Construction work is due to commence this week on two large Arkansas projects: the $1.3 billion Big River steel mill in Osceola and a $50 million museum in Fort Smith to honour the US Marshals Service.

In the state’s north-east, Governor Mike Beebe, Osceaola Mayor Dickie Kennemore are set to break ground with other leaders today on the steel mill, which is expected to create more than 500 permanent jobs in the area and an additional 2,000 temporary roles.

Under a 2004 constitutional amendment, the mill qualifies for state financing as a ‘superproject’, which allows legislators the power to borrow money for economic development. Arkansas state is providing $125 million of financing for the project.

Scott Hardin, a Spokesman for the Arkansas Economic Development Commission, said: “It’s going to be a tremendous impact on not just northeast Arkansas, but the entire state.

“Big River will have more than 2,000 construction workers for approximately 20 months. So right from the very beginning, the impact of Big River is going to be substantial even before they go into production.”

The mill would produce steel for the automotive, oil and gas and electrical energy industries, however Big River has first to face down a legal challenge in a federal court from a rival local company, Nucor Steel, which owns two mills in nearby Mississippi county.

Nucor claims its rival has violated the Clean Air Act, and has sought to block Big River from building the mill, as well as to have the company’s sir permit revoked. The latter has until October 10 to respond to the lawsuit.

If construction is allowed to proceed, it is expected to take two years.

Meanwhile, on Wednesday, another groundbreaking ceremony is to take place in Fort Smith, for construction of a museum to the US Marshals Service. Marking the 225th anniversary of the Service, the museum will be built along the Arkansas River.

Senators Mark Pryor and John Boozman will attend the event, joined by US Rep. Steve Womack and local leaders.