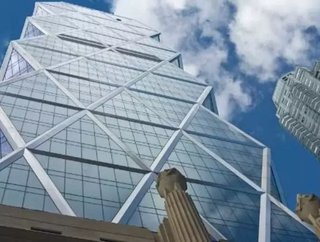 With a population of around nine million, New York is the most populated city within the United States and is at the forefront of construction, design a...

With a population of around nine million, New York is the most populated city within the United States and is at the forefront of construction, design amongst an array of technologies.

We take a look at eight builds within New York which drive further numbers into the city, boosting the local economy whilst inspiring future designers and architects.

Completed in 2014, the One World Trade Centre has become the sixth tallest building in the world.

The mixed use building comprises of offices, an observation deck for tourists and restaurants. The building has also been developed with sustainability in mind, such as the use of recycled materials and initiatives, such as the rainwater collection system which will support the cooling of the building.

Completed in 1931, the 102 storey Empire State Building is one of the most iconic buildings within New York, becoming a National Historic Landmark in 1986.

Constructed from limestone, the building houses over a thousand businesses and two observation decks, which have been visited by over 100 million people.

Incorporating an art deco style, the build is constructed predominately with steel and glass, creating a light, open and airy space.

The building underwent extensive renovation work in 2009 which has transformed the building’s sustainabile iniatives. In 2011, the Empire State Building received a gold rating in LEED builds.

Originally opening in 1871, the Grand Central Terminal is a popular tourist attraction within New York, attracting over 20 million visitors a year, and has undergone extensive renovation throughout the years to cater for the increased supply and demand.

Constructed predominately from granite, the Terminal has become a National Historic Landmark, incorporating elaborate designs throughout.

The terminal contains various restaurants and stores and also holds events. The build continues to inspire architects to this day.

Originally built in 1883, the Brooklyn Bridge is one of the oldest and beautiful bridges to be constructed in the world.

Built from cement, granite and limestone, the bridge has become a National Historic Landmark.

Designed by architect Cass Gilbert, the Woolworth Building is one of the tallest skyscrapers in New York.

Incorporating a neo-Gothic style, the building is set to be renovated to comprise a number of luxury apartments, after 30 floors were purchased by developers in 2012 for nearly $70 million.

With a total height of 366 metres, the Bank of America Tower is one of the most sustainable skyscrapers in the world, obtaining Platinum LEED certification.

Completed in 2009 and comprising sustainable design features, the building is also built with slag and concrete, reducing the level of greenhouse gases.

Built in 2006, the Hearst Tower houses an array of media companies, and was one of the initial green office builds in New York.

Designed by architect Norman Foster, the skyscraper has received LEED Gold for its sustainable initiatives.