Famous American buildings made out of limestone 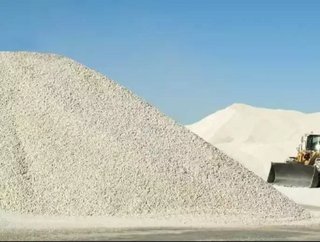 Limestone has been utilised throughout the ages and is a popular material within building and construction. We take a look at famous American buildings...

Limestone has been utilised throughout the ages and is a popular material within building and construction. We take a look at famous American buildings made out of limestone which still remain today and are iconic within America.

At 6,500,000 square feet, the Pentagon in Arlington County, Virginia is the world’s largest office building and serves as the headquarters for the United States Department of Defense.

Designed by American architect George Bergstrom and constructed by contractor John McShain, reinforced concrete was implemented alongside Indiana limestone for the building’s exterior as a result of the lack of steel from the Second World War.

Rebuilt after September 11 2001, the building now houses over 23,000 employees and is one of the most famous buildings within America.

Constructed to honour Abraham Lincoln, 16th President of the United States, the Lincoln Memorial was built between 1914 and 1922. Designed by architect Henry Bacon and incorporating classical features, the build also has a statue of Lincoln within the interior, constructed by Daniel Chester French.

Interior walls and columns are made from Indiana limestone, beside marble and granite which have been utilised to represent different areas within the United States.

The area is still a tourist attraction and has become listed on the National Register of Historic Places since 1966.

The iconic Empire State Building, situated in Manhattan, New York is the fifth tallest skyscraper in America and has been a National Historic Landmark since 1986. Completed in 1931, it has become the tallest building to obtain the Leadership in Energy and Environmental Design after an extensive $550 million renovation in 2010.

Designed by William F. Lamb from Shreve Lamb and Harmon, Indiana limestone has been incorporated into the build, in addition to art deco influences.

Reaching a height of 443.092 metres, the building incorporates over 1,000 businesses and over 21,000 employees, alongside 73 elevators and observation decks. The construction is now the second largest single office space within America.

Built from Indiana limestone, the Washington National Cathedral took over 80 years to build, but is now the sixth largest cathedral in the world. Completed in 1990, the cathedral incorporates Gothic architectural styles, with over 400 gargoyles, stained glass windows, ornate carvings and pointed arches within its design.

The cathedral is also the burial place for Helen Keller, Woodrow Wilson and Architects Henry Vaughan and Philip Frohman.