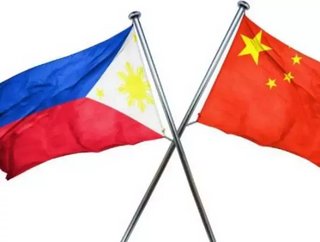 China has gone against an international ruling to continue buildingin the South China Sea, with the Permanent Court of Arbitration (PCA) stating they ha...

China has gone against an international ruling to continue building in the South China Sea, with the Permanent Court of Arbitration (PCA) stating they have no legal basis in their claim to own most of the waters and have consequently "violated the Philippines' sovereign rights with respect to its exclusive economic zone and continental shelf".

China has now dismissed Manila's current lawsuit as only a “piece of waste paper” and are demanding Manila surrenders their claim and reject the PCA’s recent ruling, claiming they will “never stop”.

The current construction has transformed reefs in the sea into artificial islands which can be utilised for military use, and has recently been used as a site for armed drills and military exercises, alongside with war games which have recently commenced within the waters.

Commander of the People’s Liberation Amy Navy Wu Shengli has said that Bejing will not submit to intimidation, stating “any attempt to force China to give in through flexing military muscles will only have the opposite effect” and “the Nansha Islands are China’s inherent territory, and [their] necessary construction on the islands is reasonable, justified and lawful”.

Australia, America and Japan are advising China to respect the recent ruling, alongside the EU which is becoming increasingly involved to ensure the international ruling is upheld.