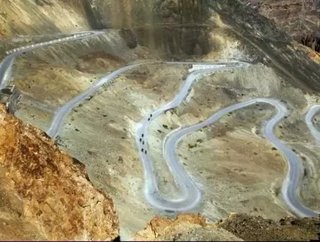 India is currently considering an investment proposal from China Rail Construction Corporation (CRCC) to transform and develop its national highways. A...

India is currently considering an investment proposal from China Rail Construction Corporation (CRCC) to transform and develop its national highways. A meeting has recently been held with top Chinese executives and officials from the National Highways Authority of India (NHAI), alongside Chairman Raghav Chandra to discuss the proposition.

If successful, the company is also hoping to secure other infrastructure bids within India, incorporating both government and public private partnership funded projects.

India is predicted to become the world’s largest construction market by 2030, with planned developments to upgrade 50,000km of national highways. Chandra said: “They are interested to bid for 2,000-3,000 km of highway projects, which is a positive sign for us".

CRCC is the second largest state owned construction and engineering company worldwide and has been behind 80 percent of China’s railways, in addition to 60 percent of its highways, with an annual turnover of $100 billion.

On their website, CRCC has said it “has developed mainly from construction contract into a complete and comprehensive industrial chain of scientific research, planning, survey, design, construction, supervision, maintenance and operation” and ranks “79th among the Fortune Global 500, and 8th among China’s Top 500 Enterprises”. Chandra told ET “they are keen on bidding for around 3,000-km highway contracts. They will be participating in hybrid annuity, build-operate transfer (BOT) and engineering.”