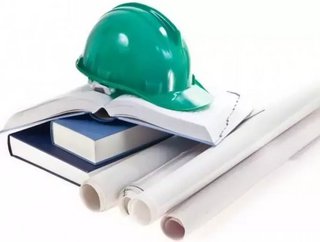 A new survey reveals construction graduates fare far better than their counterparts from other fields in finding work within six months.The study &#39;W...

A new survey reveals construction graduates fare far better than their counterparts from other fields in finding work within six months.

A total 256,350 full and part-time first degree graduates were asked their employment situation in January 2014, six months after leaving university, with the improved figures suggesting the economic recovery is impacting favourably on their work fortunes.

In building management subjects, there were 3,680 graduates in 2013, 2,705 in architecture and 1,070 in planning. Architecture graduates enjoyed an employment rate of 78.4 percent, with planners on 78 percent.

When the three disciplines were grouped into a single category of 'architecture and building', the overall employment rate was 78.4 percent, with unemployment at 6.1 percent.

However, just 64.7 percent of 2013 'architecture and building' graduates were employed in their degree subject field, comparing unfavourably to 76.5 percent of civil engineering graduates.

12.3 percent of this category took up roles in management, business, HR and finance roles, compared to 9.2 percent from the civil engineering category.

The 'architecture and building' figures show a marked improvement on the fortunes of 2012's graduates, where the employment rate was 74 percent and unemployment 8.8 percent.

HECSU's Deputy Director of Research, Charlie Ball, noted the last 18 months were a fascinating example of how quickly the market can change, noting that construction-related subject graduates enjoying one of the most dramatic improvements in their employment outcomes.

He said: “The variations in the employment rates of these graduates reflect the complex relationship between the construction industry and the economy. Students must bear this in mind when deciding which subject to study. It’s vital that they seek careers advice early and take work experience to better inform their decisions and prepare for employment.”