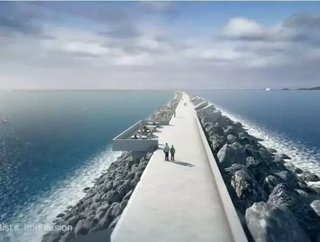 Hollingshead will be responsible for delivering the Swansea Bay, Wales, project, which if approved will be the world’s largest tidal power plant, as well as the first man-made energy-generating lagoon.

In February, TLP submitted a 5,000-page application for a development consent order (DCO) under the Planning Act 2008.

The project would see the construction of a 9.5km-long sea wall around Swansea Bay to create a lagoon in the Severn Estuary, which has a large tidal range averaging 8.5m. Turbines would harness this to power more than 120,000 homes for 120 years, according to the developers.

Hollingshead brings more than 35 years’ experience of delivering major global infrastructure projects, having begun his career at Taylor Woodrow Construction before joining Laing O’Rourke in 1989. He left the company in December 2013.

TLP Chief Executive Mark Shorrock, said: “With the public examination process now under way in Swansea, our focus is on developing the team that will lead the construction of Swansea Bay Tidal Lagoon and subsequent lagoons that together will generate up to 10 per cent of the UK’s electricity requirements.

“Steve has a fantastic track record both here in the UK and throughout the world. His appointment is a reflection of our commitment to recruiting and retaining the very best people to lead this new industry for the UK.”

To find out more about the project, click here