The funding details of US Bipartisan Infrastructure Deal 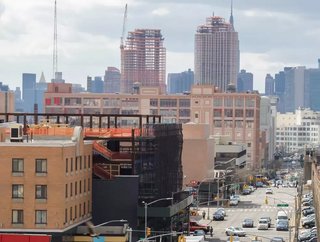 The White House recently released more details of its "once in a generation" infrastructure investment proposals, as the Bipartisan Infrastructure Deal is about to be debated in the Senate. President Joe Biden believes the $US550 billion deal will add two million jobs per year over the course of the next decade, and provide the foundations for a thriving green-oriented, 21st century economy. Here are the key elements.

One in five miles of US highways and roads are in poor condition - as well as 45,000 bridges. Road, bridges and other major projects will be a key part of the overall spending package, and the rebuilding will focus on climate change mitigation as well as improve access for cyclists and pedestrians. The $40 billion earmarked for bridge repair and replacement is the single largest dedicated bridge investment since the construction of the interstate highway system.
Funding $110 billion

The deal marks the largest single investment in clean energy transmission, with thousands of new resilient lines facilitating the expansion of renewable energy. A new Grid Deployment Authority will be created, investing in R&D for electricity distribution and next generation technologies, such as carbon capture and clean hydrogen.
Funding $73 billion

Rail lacks a multi-year funding stream to address deferred maintenance, enhance existing corridors and build new lines in high-potential locations. The White House claims the deal would mark the largest investment in passenger rail since the creation of Amtrak 50 years ago. Within the spending package for rail, $22 billion would be provided as grants to Amtrak, $24 billion as federal-state partnership grants for Northeast Corridor modernization, $12 billion for partnership grants for intercity rail service including high speed rail, $5 billion for rail improvement and safety grants, and $3 billion for grade crossing safety improvements.
Funding $66 billion

Broadband is vital for all sections of society, from school learners to construction sites, yet more than 30 million Americans live in areas where there is no broadband infrastructure providing minimally acceptable speeds - a particular problem in rural areas. The bill also aims to lower prices for internet services by requiring funding recipients to offer a low-cost affordable plan - in conjunction with a Digital Equity Act, which will help more low-income households get online.
Funding $65 billion

The bill invests $17 billion in port infrastructure and $25 billion in airport to address repair and maintenance backlogs, reduce congestion and emissions near ports and airports, and drive electrification and other low-carbon technologies.
Funding $42 billion

Much like its roads and bridges, US public transit infrastructure is inadequate with more than 24,500 buses, 5,000 rail cars, 200 stations and thousands of miles of track, signals and power systems in need of replacement. It would mark the largest Federal investment in public transit in history and bring transit services to new communities.
Funding $39 billion

The deal will include a Safe Streets for All program to reduce the high road fatality rates, and encompass highway, truck, pipeline and hazardous materials safety.
Funding $11 billion

The US market share of plug-in electric vehicle sales is only one-third the size of the Chinese EV market. The bill will invest $7.5 billion to build a national network of EV chargers, marking the first national investment in EV charging infrastructure in the country - in a twin move designed to tackle the climate crisis and support domestic manufacturing jobs. Federal funding will prioritise rural and disadvantaged communities.
Funding $7.5 billion

The deal creates the first program to reconnect communities divided by transport infrastructure, focusing on fund planning, design, demolition, and reconstruction of street grids, parks and other infrastructure.
Funding $1 billion