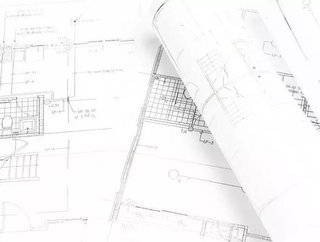 We spoke with Ray Hutchinson, Managing Director of award-winning construction and fit-out contractor Gilbert-Ash about its holistic approach to building...

We spoke with Ray Hutchinson, Managing Director of award-winning construction and fit-out contractor Gilbert-Ash about its holistic approach to building educational projects characterised by proactive collaboration across a range of sectors, from education to the arts, rewarded with recognition from RIBA and the Stirling Prize judges.

Gilbert-Ash was originally owned by homes giant Bovis before a management buyout in the early seventies. Sustained growth since the late eighties has allowed it to shift focus, over the last eight years, away from its home market in Northern Ireland to concentrate on Great Britain and London in particular. “We’ve experience significant growth with turnover in excess of £165m in 2017 (up from £148m in 2016). Most of that turnover has been generated from projects completed in GB and further afield through our alliance with the Foreign & Commonwealth Office. We’re working with them in 40 countries around the world employing more than 180 staff,” reveals Managing Director Ray Hutchinson.

With its strategy focused on landmark landscape projects such as Liverpool’s Everyman Theatre which was awarded the Stirling Prize, and the Giant’s Causeway Visitor Centre and Lyric Theatre which were also shortlisted two years earlier, Gilbert-Ash complete quality construction and refurbishment work on technically challenging buildings. Among these in the education sector is the recently completed Bartlett School of Architecture at UCL, a refurbishment scheme at Eltham College and an ongoing project designed by the architect Tim Reynolds in Sevenoaks, a £22m new build science, technology and sixth form centre completing this year. “It has involved much exposed, in-situ and pre-cast concrete work alongside timber and metal acoustic panels and baffles,” explains Hutchinson, whose company are also working on a £25m project at the Royal College of Music. “Adjacent to the Royal Albert Hall its bounded on all sides,” he adds. “So, in terms of the logistics of working in a live school with around 800 students on site it’s a huge challenge removing earth from inside the space site and craning it over the top of a listed building from such a confined area.”

Hutchinson maintains Gilbert-Ash couldn’t complete the projects it is involved in without being innovative to overcome the technical challenges. “We have different strands to how we work,” he reveals. “We do these landmark projects yet have also worked on many Premier Inn sites. We’ve done a number of hub hotels for them featuring significant tech. For example, when you go into a room you can use the app on your phone so the room remembers how you like your settings for heating, light etc. Most of what we do is design and build so we’re still pushing the boundaries with a BIM-enabled team of ten architects. We’re at the front end of developments in that sphere which allows us to set ourselves apart from our competitors with a portfolio of work demonstrating our diverse capabilities.”

These capabilities have recently been recognised with a RIBA award for a new swimming pool at the City of London Freemen’s School. “The swimming pool itself is set in a natural environment amongst the trees and made with an entirely timber frame - whitewashed glulam frames and CLT panels - which are very carefully detailed and arranged. Effectively the pools users are swimming among the trees,” says a proud Hutchinson.

Making a difference to communities while wowing awards panels is par for the course for Gilbert-Ash. Due to complete this November the company has worked extensively on the Cambridge Mosque project which will have 700 worshippers coming through its doors and, in terms of ecological sustainability, be Europe’s first eco-mosque with solar power generation, a green roof, super-insulation and also feature an underground car park. “We’re excited by the Cambridge Mosque which we feel is a potential award winner,” says Hutchinson. “A stunning curved freeform structure where the roof is supported by 32 glulam timber columns offers huge amounts of natural light flooding into the building. It’s another very unique project.”

What does Hutchinson believe are the unique requirements for working successfully with educational establishments and on community buildings? “It’s key to be sympathetic to the live environment we find ourselves working in,” he says. “Effective communication is vital as many of these projects will have students being taught in situ. We always have to be very careful about how we approach them from a logistics perspective so we’re not causing undue disruption. It’s a sector which is growing and one we’re hopeful of further opportunities in… We’ve recently been appointed preferred bidder for the Central Foundation boys school at Old Street in London - another challenging, tightly bound site requiring a unique approach.”

Hutchinson is passionate about the fact that, particularly with educational projects, design should not only be functional but inspire. “In 2016 we completed the works for UCL at the Bartlett School of Architecture,” he remembers. “Working in one of the most prominent and renowned architecture schools in the world, we were very conscious of the fact that the student architects were following our work so closely, we wanted to produce something that could be inspirational and drive creativity. Many of our schemes have arrived at a process which can help spark the imagination. We’re keen for our project to have that lasting legacy and stand the test of time.”

Inspiring the next generation of designers and architects is part of the process for Gilbert-Ash, even when working on more standard projects. “On a Belfast Marriot hotel project, we actually used Minecraft and challenged six schools to build a hotel inside the game,” explains Hutchinson. “What we learned from the back end of that allowed a few of the ideas from the schoolchildren to find their way in to the final design. It was great to see the power of that engagement and ideas that were so good the architect worked them into the finished building.”

Hutchinson believes it’s that inquisitive ethos that helps set Gilbert-Ash apart from its competitors. “We offer a partnership approach with a team hugely experienced on innovative projects, proud of the work they do but not resting on their laurels,” he asserts. “We’re not afraid to show we’re constantly learning through our efforts as a team, with a focus on collaboration and by offering forums for the opinions of all stakeholders, particularly on projects like UCL, to feed into that design process. Because everybody has a shared interest in arriving at a building which delivers inspiration in both form and function.”