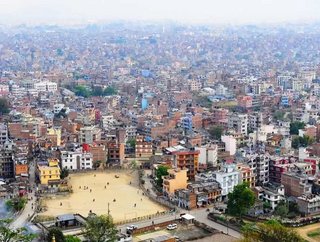 An award-winning UK construction firm has put the finishing touches on a major refurbishment project in Nepal following a major earthquake,which include...

An award-winning UK construction firm has put the finishing touches on a major refurbishment project in Nepal following a major earthquake, which includes work on the British Embassy.

Gilbert-Ash, has completed a £1m fit out project on the British Embassy compound in Nepal.   In the wake of the Gorkha earthquake, the project included design, fit-out and seismic reinforcement.

Within the British Embassy compound in Kathmandu, the project builds on Gilbert-Ash’s international expertise with work completed for the UK Foreign & Commonwealth Office in a total of 41 countries to date.

Nepal has been rebuilding since the devastating Gorkha earthquake which took place two years ago killing 9,000 people and causing widespread structural damage.  The fit-out team at

Gilbert-Ash worked closely with Nepalese construction companies to assist in sourcing local materials and labour to support the refurbishment.   Having had little exposure of working in earthquake zones, they worked closely with local structural engineers for whom earthquakes are a common occurrence and have excellent knowledge of seismic projects.

In contrast to the UK, Nepal has seen an increasing number of females taking up more prominent roles in the building trade since the earthquake due to a local labour shortage that has seen many male construction workers leave for work in the Middle East.

Ian Fisher, Contracts Manager, Gilbert-Ash Fit Out said: “This was a humbling project as our team saw first-hand the impact of the 2015 earthquake on the everyday lives of the people in Nepal. The local response to the earthquake to rebuild their country has been inspiring and we are pleased to have supported the recovery efforts.”

“The refurbishment of the British Embassy in Nepal for the UK Foreign & Commonwealth Office included retrofitting to increase the safety of the buildings and our team worked closely with local structural engineers to meet earthquake building regulations. This project was complex due to its location but having worked in so many countries, our fit-out team are now highly skilled in undertaking projects in a wide range of culturally diverse and environmentally challenging locations.”

He continued: “We travel with an open mind and are constantly learning and adapting to local cultures. Everywhere we work we take away something new. It was particularly inspiring to see the construction skills, knowledge and standards of craftsmanship practiced by the local industry in Nepal; with the advances in modern technology, many of these traditional skills have been lost in the UK.  Also while we are one of many actively involved in encouraging more women to join the construction industry in the UK, it was really incredible to see so many in the workforce in Nepal who are playing such a key role in rebuilding the country.”

To help the Kathmandu construction companies involved in the project, the Gilbert-Ash team donated building tools and materials alongside the transfer of new health and safety skills.