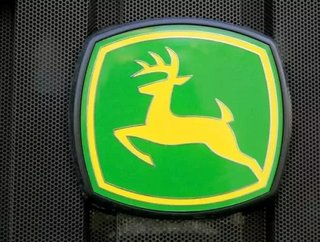 Despite an annual profit decrease of 11 percent to &cent;3.162 billion during fiscal year 2014, John Deere experienced a huge growth in its construction...

Despite an annual profit decrease of 11 percent to ¢3.162 billion during fiscal year 2014, John Deere experienced a huge growth in its construction and forestry equipment division.

John Deere attributed the gains to higher shipment volumes paired with lower costs in the division.

However, not everything is plain sailing at the company. After record-breaking earnings in 2013, a global farming slowdown resulted in three downward quarters and an unfavorable overall fiscal 2014 for John Deere, and according to reports the company only expects things to only get worse in 2015.

“The slowdown has been most pronounced in the sale of large farm machinery, including many of our most profitable models,” John Deere CEO and chairman Samuel Allen said in a prepared statement. “Nevertheless, our success managing costs and assets and establishing a broad-based business lineup has allowed us to deliver strong results and remain in a sound financial condition.”

John Deere’s agriculture and turf division, which accounts for the majority of its sales, also fell 9 percent during fiscal 2014 and operating profit for the division dropped 22 percent to $3.649 billion. During Q4, sales fell 13 percent while operating profit plummeted 31 percent to $682 million.

Sadly the future isn’t looking too bright at this stage either, Deere expects agricultural and turf equipment sales to drop another 20 percent during fiscal year 2015 due to continued weakening in the global farm economy. Deere says lower commodity prices and falling farm incomes are reducing demand for farm equipment, especially larger models.

That being said, the company expects construction equipment sales to continue to improve in 2015 and forecasts a sales increase of 5 percent during the fiscal year due to continued recovery in the US economy and housing market and increased sales outside North America.