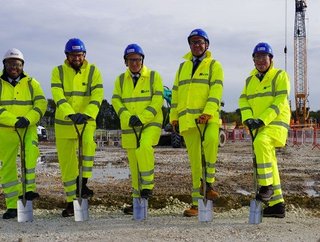 More than 600 jobs to be created by Kier’s project, the first prison in the UK to run solely on electricity & give prisoners new skills

Construction on the UK’s first all-electric prison at Full Sutton in East Yorkshire, it has been announced, with more than 600 jobs set to be created by the project.

According to a statement from the Ministry of Justice and HM Prisons and Probation Service, the new prison – which is scheduled to open in 2025 – will hold nearly 1,500 prisoners who will spend their time behind bars learning skills they need to find work on release. This is part of the government’s drive to cut reoffending and keep the public safe.

The site will be the first prison in the UK to run solely on electricity, with solar panels and heat pump technology meaning it will use 78% less energy than HMP Wormwood Scrubs – a traditional Victorian prison – cutting energy costs to taxpayers by over £1.1m a year, the statement said.

Minister for Prisons and Probation, Damian Hinds, said: “The new prison at Full Sutton will protect the public and the public purse, using the latest technology to cut energy costs. Giving prisoners the skills in demand by local businesses will help them find work and turn over a new leaf – cutting reoffending and making our streets safer.”

The new jail will be supporting former prisoners into meaningful work before it even opens its doors – with at least 50 ex-offenders to be employed by construction firm Kier, he added.

The government will launch a competition later this year to select an operator to run the new prison. Companies bidding will be challenged to produce a ‘jobs blueprint’ setting out how they would work with local businesses to train-up prisoners with the skills most sought by local employers, the statement continued.

The project will also boost jobs in East Yorkshire, with a quarter of those working on the build and 40% of the construction spend falling within 50 miles – filling order books for local supply chain businesses.

Ministers today launched a public consultation to choose the name of the new facility – inviting people in and around Full Sutton to offer suggestions which reflect the culture and history of the area.

Councillor Jonathan Owen, leader of East Riding of Yorkshire Council, said: “I welcome the start of the construction of the new prison which, when completed, will provide a great boost to the local economy and employment market with the creation of over 600 jobs as well as providing a focus on skills and training to get prisoners into jobs on their release.”

A world-leading prison and example of net zero construction development

The new site will set a gold-standard for energy efficiency, the statement asserted. It highlighted that the project is set to use 68% less energy from the national grid than the newly-built HMP Five Wells in Wellingborough and draw 18 GWh less energy from the electricity and gas networks every year than HMP Belmarsh – which is equivalent to powering 1,200 homes for a year.

The start of construction at Full Sutton follows hot on the heels of HMP Five Wells in Wellingborough, Britain’s first ‘smart’ prison which opened in March. Work is also nearing completion at HMP Fosse Way, the new 1,700-place prison set to open at Glen Parva in Leicestershire next year.

Liam Cummins, Group managing director of Kier Construction, stated: “Breaking ground at Full Sutton yesterday was a major milestone for this new prison. It builds on our successful partnership with the MoJ, where we have been operating successfully in close collaboration for the past decade.

“We will deliver this new prison as a cutting-edge facility, built on engineering excellence that we have utilised on other projects, and using innovative sustainable methods which will achieve net zero in operation.

“Alongside this, we’ll create hundreds of jobs throughout the lifecycle of the project, supporting local people and the supply chain, as well as providing opportunities for prisoners on release,” he asserted.

Jason Millett, CEO for Consult at Mace, concluded: “Mace has worked closely with the MoJ to deliver the New Prisons Programme, completing at HMP Five Wells earlier this year and bringing practical delivery experience to the entirety of the programme.

“The new prison at Full Sutton will be a world-leading example of how a focus on net zero development can create positive, sustainable change. This milestone is a fantastic achievement for our teams and demonstrates our strength in delivering against the decarbonisation agenda.”