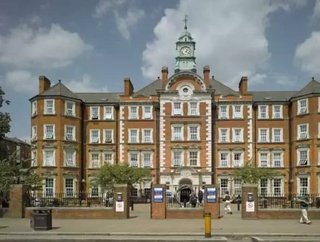 The £200m overall project will cover an area of 48,000 sqm and serve as the centrepiece of the new Imperial West innovation district in West London, delivering world-class education, research and translation activities with research space for 1,000 scientists and engineers.

According to construction information specialist Glenigan, Laing O’Rourke won the contract ahead of rival bidders Balfour Beatty, Kier and Skanska.

The company said it was favoured for its ability to manufacture a large proportion of the project offsite, as well as its in-house digital engineering expertise.

Work on site is due to commence in September 2014, with completion of the two buildings expected in summer 2016. Imperial West is being developed by Voreda Developments Ltd.

Laing O’Rourke’s Leader for Construction UK, Steve Coleby, said: “We are delighted to be working with Voreda and at Imperial College London on a development of such significance for research and business in the UK.

“Laing O’Rourke’s innovative approach to manufacturing and construction techniques along with our direct delivery capability serves as a fantastic complement to the schemes overall vision for being a world-class innovation hub.

“Collaboration, professionalism and attention to detail have been at the heart of the tender process and we now look forward to taking this approach through to the delivery phase.”

Steve Dykes, Voreda co-founder, said: “Having worked in partnership with Imperial College London since 2009 to successfully deliver GradPad Wood Lane Studios at Imperial West, we are thrilled to have secured the next phase of the project. Imperial’s vision is exemplary and we are honoured to be working with one of the world’s leading research institutions. We are committed to delivering their vision and to make Imperial West the destination for innovation and entrepreneurship in London”.

Professor David Gann CBE, Vice-President (Development & Innovation) at Imperial College London, said: “Imperial West’s Research and Translation Hub provides the physical environment to enable world-class research and knowledge transfer at scale – driving innovation and growth. Working with our partners at Voreda, Laing O’Rourke and Santander, we are delivering the next phase in the development of Imperial West: London’s new innovation district. With the capacity to generate and sustain 1,000’s of jobs, this project represents an important investment in the future of Imperial in White City and the capital as a whole.

“Imperial West already hosts scores of innovative spin-outs and start-ups, and is highly connected to London’s TechCity and MedCity ecosystems. The Research and Translation Hub allows us to take this to the next level. Other major new facilities will follow on as our vision for Imperial West comes to fruition."

Suzy Verma, Head of Education, Santander Corporate & Commercial Banking, said: “We are extremely delighted to be working once again with both Imperial and Voreda to help deliver this iconic building, which will aid the delivery of world class research and innovation. Santander is committed to helping UK companies grow and prosper and the continued investment in White City will create jobs, attract inward investment as well as aid economic recovery."